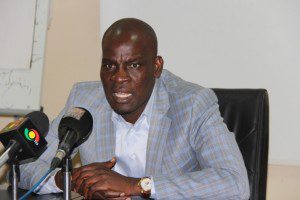 The Minority on Friday drew the attention of Parliament to invite the Electoral Commission (EC) to brief the House on how prepared it is to carry out a national referendum on the creation of new political administrative regions.

Mr Haruna Iddrisu, the Minority Leader and Member of Parliament of Tamale South, said the EC would have to be present in the House to brief the legislators on the state of its Information Technology infrastructure and the referendum to be carried on the exercise.

Mr Iddrisu made the suggestion in a contribution to deliberations on the Business Statement presented to the House by Mr Osei Kyei-Mensah-Bonsu, the Majority Leader and Minister for Parliamentary Affairs.

According the Majority Leader, “due to extenuating circumstances, the proposed briefing by the Commission of Enquiry on the Creation of New Regions in Ghana, originally scheduled for today, Friday, May 18, 2018 has been rescheduled to Tuesday, May 22, 2018.

“The venue remains the same, that is, the D.F. Annan Conference Room and the time is 12 Noon.”

Mr Kyei-Mensah-Bonsu added that “further details, if any, would be communicated to Honourable Members in due course.”

Members from the Brong Ahafo, Northern, Volta and Western regions are expected to meet members of the Commission for the briefing to address pertinent issues relating to the possibility of the creation of those regions.

Meanwhile, Professor Aaron Michael Oquaye, the Speaker of Parliament, has summoned the Defence and Interior Ministers to apprise the House on the clashes between military and policemen in Tamale, in which eight people were injured and hospitalised.