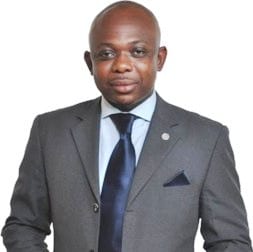 The Minority in Parliament on Wednesday complained that the Government of the New Patriotic Party (NPP), led by President Nana Addo Dankwa Akufo-Addo is secretly recruiting party cronies into the Police and other security agencies in total disregard to established procedures.

According to them, the recruitment exercise which was currently ongoing was fraudulent, characterized by outright nepotism and procedural breaches.

The Caucus therefore called for immediate cancelation of the secret recruitment exercise embarked upon by the Police, Prisons and Immigration Services in 2019.

Mr James Agalga, Ranking Member of the Defence and Interior Committee, speaking at a press conference in Parliament House, stated that the conduct of the President Akufo Addo’s Government with regard to recruitment into the security agencies sharply contradicted his own manifesto pledge in 2016 when they were in opposition.

Mr Agalga recalled that the NPP, in opposition in 2016, made recruitment an issue in its manifesto and promised to review and restructure recruitment into the Police Service to stamp out fraud and cronyism that had been introduced into the process by the then Mahama led NDC Administration.

Mr Agalga also cited that in 2018, the government announced that financial clearance had been given for the recruitment of 4,000 personnel into the Police Service.

He said accordingly, the Service advertised for the recruitment of 2,000 in the first instance; whereupon, prospective recruits applied through the e-recruitment model.

The applicants went through all the necessary procedures including meeting the academic requirement of having a minimum of six credits including Maths and English, taking part in a competitive exams and going through a detailed medical examination, thereafter, the Police Administration compiled a list of qualified applicants in readiness for publication and the issuance of invitation letters for the commencement of training.

He said the effect of the government’s direct usurpation of the mandate of the Police Administration to properly screen and select qualified applicants for purposes of recruitment was that, several qualified applicants who had been shortlisted and were only waiting to be invited for medical screening were denied the opportunity to serve their country.

“Only those connected to the NPP government in one way or the other were selected and trained,” the MP, who is also a former Deputy Minister said, and indicated that the story was not different with the Prisons and Immigration Services as both Services like the Police have not advertised for the recruitment in 2019.

He said in the case of the Immigration Service the NPP have secretly invited its cronies and taken them through screening and medical examination at the Immigration Training School.

Mr Agalga threatened that the Minority would be compelled to produce the list of all the illegal recruits if the Government failed to heed the call, and used all the avenues in Parliament to pursue for fairness for all the qualified applicants.

He argued that recruitment based on partisan considerations, was a sure way of promoting vigilantism.

Meanwhile the Majority has reacted and refuted the claim of illegal recruitment into security agencies.

Mr Collins Owusu Amankwah, Vice Chairman of the Defence and Interior Committee of Parliament has described as false the Minority’s claim that the Government was making illegal recruitment of followers of the New Patriotic Party (NPP) into the Police and other security agencies.

According to him, the current recruitment into the various security agencies was legitimate and that the people selected had gone through the required processes with no influence from government.

Mr Amankwah, who is also the Member of Parliament (MP) for Manyhia North was reacting to the Minority’s allegation that the Akufo-Addo led administration was recruiting NPP cronies into the Police and other security agencies.

The Minority in Parliament at a press conference led by Mr James Agalga, the Ranking Member on Defence and Interior Committee accused the government of secretly recruiting NPP members into the various security agencies.

Mr Amankwah said the allegation by the Minority was mere propaganda just to make the government unpopular.

“Let’s not allow ourselves for the opposition National Democratic Congress (NDC) especially the Minority to lower the very institutions that are the pillars of our democracy. Let’s not allow NDC to dictate space for the government,” he said.

He explained that there were clear standard procedures for the security agencies when it comes to recruitment in the security services, among which was that for one to become a security officer one should be a Ghanaian, with sound mind and should have successfully passed his Senior Secondary School Certificate Examination (SSSCE).