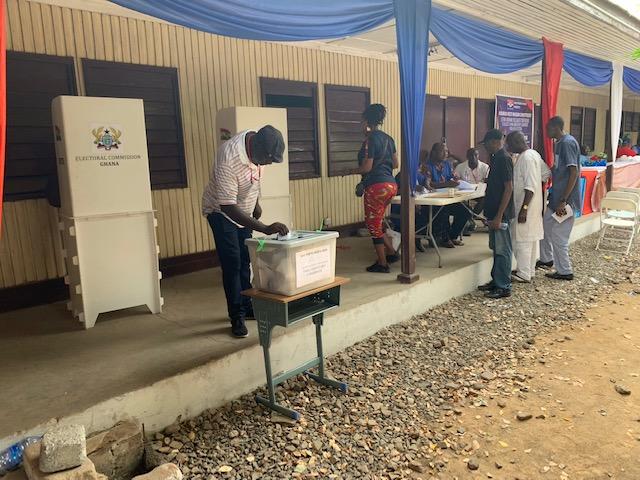 Peter Mireku has won the New Patriotic Party Parliamentary race for the Ayawaso East Constituency to contest the 2020 general elections.

The total votes cast was 447 with four votes rejected.

Mr Mireku said his victory at the party primaries was for all NPP members in the constituency, adding that, he would bring all the other four contenders together to rally the youth in the constituency for victory in the 2020 election.

Mr. Issah Tiaminu, the NPP Constituency Chairman for Ayawaso East, said the elected parliamentary candidate would help the NPP to be victorious in the 2020 elections.