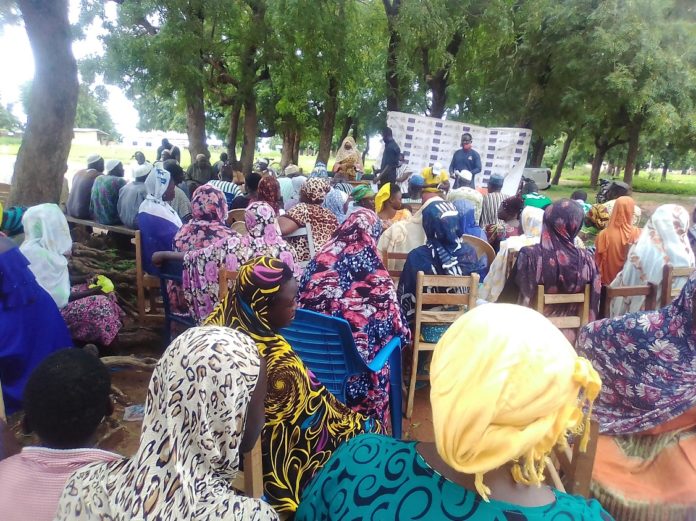 Residents of the Misiga Electoral Area in the Bawku Municipality of the Upper East Region are accessing health care services in a kiosk due to lack of a Community-based Health Planning Services (CHPS) Compound.

The Electoral Area has two major communities, Misiga and Zoogo.

While a kiosk is being used to deliver health services at Misiga, the health workers for the Zoogo community operate on the veranda of the Buabula Primary School for lack of buildings.

The residents of the Electoral Area said the situation was affecting quality health service delivery, especially for pregnant and lactating mothers.

The residents revealed this at a social auditing forum at Zoogo Community organized by the National Commission for Civic Education (NCCE).

The forum is part of the implementation of the Accountability, Rule of Law and Anti-Corruption Programme (ARAP), funded by the European Union (EU).

Mr Paul Musah, the Assembly Member for the area, said residents of the community had moulded some bricks towards the construction of the CHPS compound for the Misiga Community.

He said the community lacked resources to continue with the construction of the facility and appealed to the government and organizations to assist to build a CHPS compound.

The Assembly Member stated that the kiosk at the Misiga Community was donated by a resident of the area.

He said residents of the Zoogo Community were mobilizing to build a kiosk for temporary use by the health workers.

They said a CHPS compound for the area would bring great relief to the residents.

Responding to the concerns of the people, Hajia Hawa Ninchema, the Bawku Municipal Chief Executive (MCE), noted that the Assembly was aware of the lack of CHPS compound at the area.

She said there were plans to address the CHPS situation and other development needs in the community to improve livelihoods.

Mr Emmanuel Penanso Combat, the Bawku Municipal Civic Education Officer of the NCCE, noted that the social auditing was meant to create a platform for the ordinary citizens to be familiar with operations of the local government authority and to deepen citizens’ participation in local governance.

Mr Combat, who took participants through the tenets of the social auditing explained that it was to empower the citizenry to demand accountability from duty bearers to ensure quality performance in the execution of development projects to improve livelihoods.

The Civic Education Officer said the residents needed to monitor the implementation of development projects and policies to ensure they met the community needs.

The NCCE facilitated the formation of a five-member community implementation committee to work with key stakeholders to address development needs.