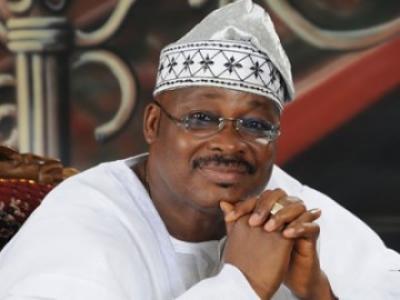 Governor Abiola Ajimobi of Oyo State has described the June 12, 1993 presidential election as a watershed in the annals of the country, saying that the election laid the foundation for the current democratic experiment in Nigeria.

The governor stated this in a statement issued in Ibadan on Wednesday by his Special Adviser on Media, Dr. Festus Adedayo, even as he declared June 12 as public holiday in the state.

The governor expressed the regret that 21 years after the election adjudged to be the freest and fairest in the history of Nigeria, the ideals which the winner of the election, the late Chief M. K. O. Abiola, stood for had yet to be realized.

While describing the late politician and business mogul as a symbol of democracy, he praised him for his strong conviction that the ordinary Nigerian must be freed from the shackles of oppression, poverty, penury and want.

“It was this conviction that the Nigerian masses should be freed from their oppressors and that the destiny of the whole nation should not be held to ransom by a cabal, which propelled him to stand by his mandate and to defend it to the last.

“The democracy that we all are enjoying today was made possible by the likes of Chief Abiola, Chief Abraham Adesanya, Chief Anthony Enahoro, Alhaja Kudirat Abiola, Rear Admiral Ndubuisi Kanu, Chief Gani Fawehinmi, Senator Bola Tinubu, Gen. Alani Akinrinade and others too numerous to mention.

“This is why we must not allow any circumstance to wipe out the memory of June 12, the day that Nigerians put their ethnic and religious affiliations aside and decided to take their destinies in their own hands by voting for a man of the masses,?? he said.

Governor Ajimobi prayed for the repose of Abiola?s soul and the souls of other unknown Nigerians who lost their lives in the struggle to actualize the annulled presidential election.

According to him, the only thing that can make their sacrifice not to be in vain is to ensure that good governance is further entrenched and that poverty is banished from Nigeria.

The governor said that it was the ideal of the good governance which the late Chief Abiola stood for which had always propelled his government to engage in massive pro-people infrastructural development of Oyo State.

?It is the ideal of good governance that is centred on development which Chief Abiola stood for that is the driving force of our administration. We believe that that is the only major way we can keep his memory alive,? said the governor.