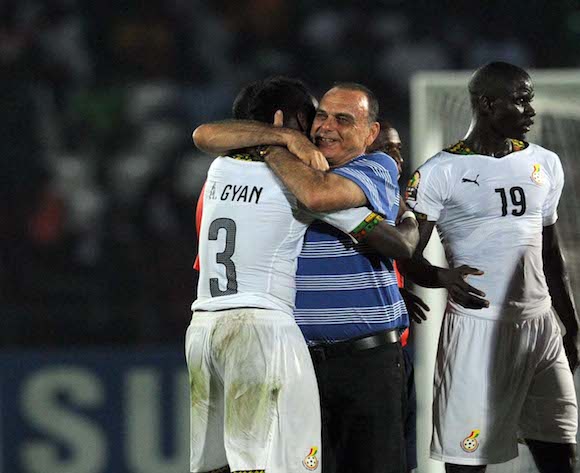 Ex Ghana star Mohammed Polo has hailed Avram Grant for bringing stability into the Black Stars team since taking over one-year ago.

The former Chelsea boss was appointed substantive coach of the Black Stars in December 2014 to replace Kwesi Appiah.

Ghana was still suffering from the after-effects of a disappointing World Cup campaign in Brazil but Grant was able to galvanize the team to go within a penalty kick of winning the 2015 Africa Cup of Nations.

Avram Grant has however been criticized for not really transforming the team with most of the players used under Kwesi Appiah remaining relevant in his reign.

He has also been criticized for not spending more time in the country to identify talents.

But former Black Stars forward Mohammed Polo says the Israeli has brought discipline and stability into the team.

“He has brought only stability to the Black Stars,” Polo told Happy FM.

“He hasn’t brought anything new but only stability.

“We knew in times past players complain bitterly even when they are substituted but that can’t be seen with Avram Grant in charge.

“And this is sad. That we don’t give respect to our own but to a foreigner.”

Avram Grant is now tasked to first qualify the team to the 2017 AFCON and win the tournament to be staged in Gabon in his second and final term of his two-year contract.