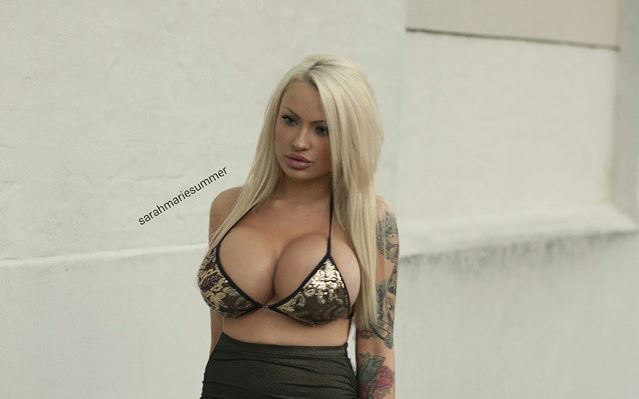 Sarah Marie admits that she has ?always identified as having a very sexual persona and I?ve been getting in trouble for it?

She says that contrary to what people say, she does not need help, she actually wants to look ?silly?.

Sarah has also expressed her challenges in finding a suitable bra (which is not surprising) and says she just might go under the knife again if she thinks it is time.

What do you guys think?