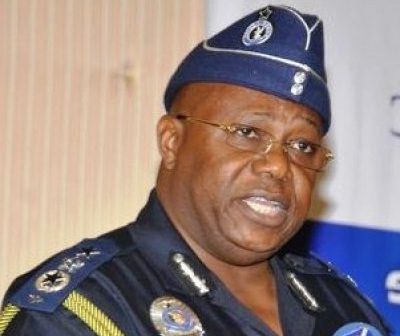 Mr Mohammed Ahmed Alhassan, the Inspector General of Police (IGP) on Saturday said that modern policing should be done on the street and not in the offices. He said waiting in the offices, writing reports and allowing criminals to operate in the streets only for the Police to move to the streets to fight crime was not beneficial to society.

The Police must not wait for things to go bad before they move out trying to solve them; the IGP gave the advice when he arrived in Wa on Saturday night to take charge of the police patrols in the Wa municipality to clamp down on criminals.

The Wa municipality had in recent times experienced rampant criminal activities causing insecurity for the residence.

Armed robbery on major roads linking Wa, the Upper West Regional Capital, had been a source of worry to travelers whilst snatching of handbags and stealing with motorcycles had increased.

The IGP urged the Regional Police Command to make maximum use of the inadequate numbers of police personnel by strategizing, to provide quality policing services to the people.

?Let us get back there and deal decisively with the criminals to assure the people that their safety and security are secured,? the IGP charged the Regional Police Command.

?Few days back I heard residents were crying about their insecurity, fear and panic caused by armed robbers and we need to stragtegise our operations by closing up all gaps and weaknesses and be ahead of the criminals before they strike,? he advised.

The IGP gave the assurance that the Police Administration would support the Regional Police Command with personnel as a short-term measure and also open more police stations and posts to help reduce criminal activities and ensure law and order in the communities.

He called for cooperation from the residents, District Assemblies, traditional rulers and the Regional coordinating Council in the fight against criminal activities in the area, saying; ?the Police alone cannot do it.?