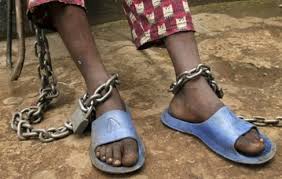 The Mental Health Authority (MHA), had been urged to train local pastors, otherwise known as faith healers and herbalists, on mental health care delivery, to enlighten them on how to treat mental patients in their care. The call came from contestants from the Kwame Nkrumah University of Science and Technology (KNUST) in the just ended Inter-Medical Schools Public Speaking Competition to Promote Psychiatry in Cape Coast.
The debate was on the topic; ?Towards Mobilising Political and Social Will to Modernise Mental Health Care Delivery in Ghana: The Way Forward.?
The two contestants noted that from the research they had carried out, especially in the rural areas, most mental patients ended up at churches, healing camps and shrines.
According to them, some of these patients were found to be suffering from serious mental illness, such as schizophrenia, dementia, Alzheimer?s disease, and Parkinson?s syndrome, among others, which should be treated at recognized mental facilities.
Some patients, they said, were chained, while others were quarantined, with others subjected to all forms of inhuman treatment, which went against their fundamental human rights and freedoms.
They contested that mental patients also deserved the right to their freedoms and human dignity, under Chapter Five, Articles 12 (one and two), 14(one d) 16(one) and 17(one, two, and three) of the Constitution, and therefore, the public needed to accord them such respect, no matter the state of their mental illness.
?Interestingly, under the same Chapter Five, Article 21(one c) which stipulates the Freedom to Practise any religion and to manifest such practice, faith healers and herbalists would continue to practise, sometimes without recourse to laid down statutes, and since no one coordinated their activities mental patients would also continue to suffer under their care,? they stated.
This, the representatives of the KNUST argued, stemmed from the fact that all the three mental health care facilities are concentrated in the southern part of the country, leaving the middle and the northern parts without any facility to take care of the mentally ill.
They, therefore, called on the MHA to expedite action on building at least one mental health care facility in the middle and the northern regions of the country to help cater for mental cases.
Above all, they urged the MHA to collaborate and train all the churches, faith-based organizations and all herbalists on mental health care issues, and beef up their monitoring and evaluation services, to ensure that mental patients were well taken care of.
The KNUST claimed the third position with 77.7 percent, among three other contestants, with the University of Cape Coast (UCC) taking the first position with 79.75 percent.
For taking the first position, the contestants of UCC were awarded a six-week all-expenses paid trip to St. Patrick University Hospital, a mental health care facility in Dublin, Ireland, to familiarize themselves with the facility?s modus operandi.