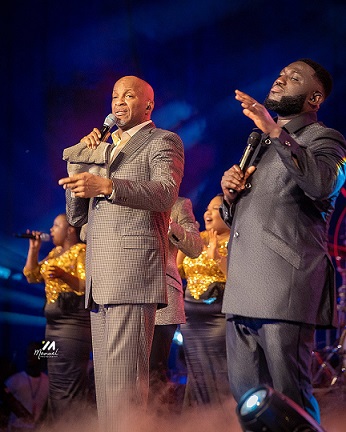 The be lifted hitmaker had no stress in selling out his show which had tickets selling at Ghc 30, Ghc50, and Ghc100.

His fans, Gospel industry colleagues, and his Royal house church members came out in their numbers to show support. The 6th edition of MOG’s annual concert was held at the Oil Dome of the Royal House Chapel in Accra. 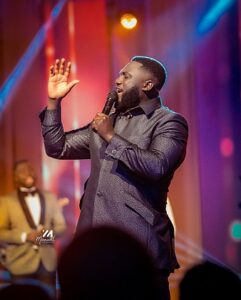 Patrons were thrilled with a night of the manifestation of the power of God through song ministrations including hymns even though the first hour of the show was plagued with lags, complete blackouts on screens.

MOG Music puts on a good concert despite technical difficulties.