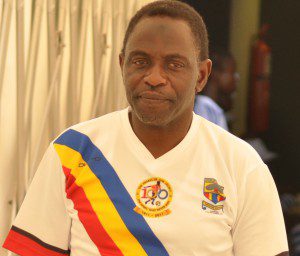 Hearts of Oak and Black Stars legend Mohammed Ahmed Polo has called on the entire Phobian fraternity to support current coach of the club Kenich Yatsuhashi as he sets out to achieve with laurels with the club.

Polo, who was referred to as the dribbling magician during his play days has been a great critic of the idea to appoint the Japanese trainer as the head coach of club.

The management of the Accra-based club came under immense criticism for appointing the Japanese trainer two months ago.

But in a quick turn of events, Polo says every true Phobian must support the new coach to succeed as it will be too early to judge him.

“The situation is going towards that but we still have to give him a chance. It is too early to judge him.”

Polo however called on the leadership of the club to see into the future and build a Hearts of Oak side that will conquer Ghana and the rest of Africa as it used to be.

“We have to see the future. It has to start somewhere and we cannot wait because Hearts of Oak is not a playing ground for experiment.”

The former Black Stars player replaced David Duncan as coach in the 2013/2014 season and led the Phobians to third on the league log.