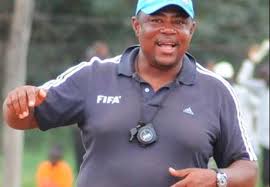 Former Hearts of Oak coach, Mohammed Polo has slammed Black Starlets coach Paa Kwesi Fabin for his technical skills insisting that he can only train the players but cannot teach them.

According to the former Black Stars player, the U17 level which is the basis for the football development of the country’s national teams needs a practical teacher who has experience as a player to be able to demonstrate and teach the game, not a theoretical coach.

Paa Kwesi Fabin has been the head coach of the National U17 side for close to five years and the country has struggled to qualify for the World Cup under his reign.

But Mohammed Polo believes that though Paa Kwesi is a good tactician, he only needs matured players to flourish and not players who need to learn the game.

“If it is about teaching the game, Paa Kwesi is bankrupt. He can’t demonstrate how to kick, how to run for the ball, how to create space for his players and so on. He is a good tactician but a bad teacher,” Polo told GHANAsoccernet.com

FIFA introduced the youth competitions for countries to take advantage and teach their young talented players how to play the game. So if you appoint a tactician who is not a teacher to train them, he can only talk tactics and not teach them how to play.”

Polo who has always expressed worry about the country’s football development added that developing young players is not about training them for matches, rather teaching them how to play the game.

Fabin is currently on a nationwide tour scouting for players for the national team ahead of their upcoming competition.

The national U-17 team for the past eight years has failed to qualify for the World Cup after their cameo display in Peru 2007.