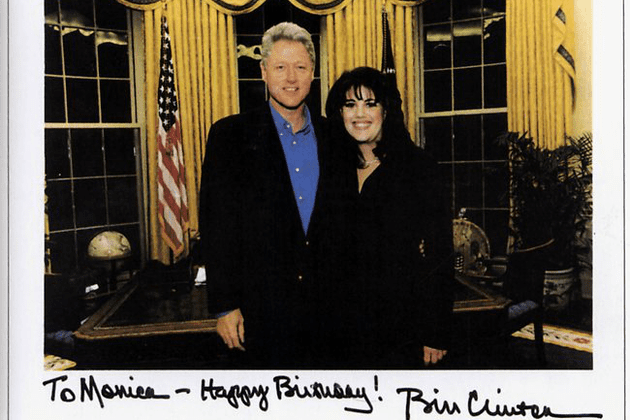 The woman who has become synonymous with 1. infidelity and 2. oral sex is finally emerging from hiding after over 10 years. In a recent Vanity Fair issue, Bill Clinton?s former mistress corrects a popular Beyonce lyric, discusses how Bill Clinton took advantage of her back in 1998 and more.Last December, Beyonce shocked the world with more than simply a surprise album, Beyonce but her most sexually charged lyrics of her 15 years career. Ironically, incident with Bill Clinton and Monica Lewinsky from 15 years ago was referenced in her song ?Patrition? where Beyonce remarks ?He popped all my buttons, and he ripped my blouse/He Monica Lewinsky-ed all on my gown? According to Lewinsky, that is fundamentally wrong:

Thanks, Beyonc?, but if we?re verbing, I think you meant ?Bill Clinton?d all on my gown,? not ?Monica Lewinsky?d,?

Lewinsky claims ?the shame, the scorn, and the fear? associated with the reveal of her affair with the then President of the United States nearly led her to suicide. Lewinsky admits that the relationship was consensual, but also states that Clinton did abuse her in other manners:

Sure, my boss took advantage of me, but I will always remain firm on this point: it was a consensual relationship. Any ?abuse? came in the aftermath, when I was made a scapegoat in order to protect his powerful position.

The Vanity Fair issue will be available digitally on May 8th.

SOLAR – the global solution everyone knows about