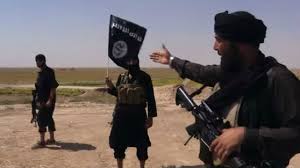 Several Australian medical professionals are believed to have joined terrorist group Islamic State (IS) in the Middle East, according to reports on Monday.

News Corp reported on Monday that national intelligence and spy agencies had for the past few weeks been investigating and monitoring the whereabouts of numerous doctors and nurses.
It comes after a Perth doctor Tareq Kamleh appeared in a propaganda video for Islamic State urging more medical professionals to offer their services to the terror group operating in Syria and Iraq.
Kamleh, who was educated at Adelaide University before working in Adelaide, Queensland and Perth, said in the IS video he is using his medical skills “as part of my jihad for Islam.”
A former colleague from South Australia told News Corp that Kamleh, a paediatric registrar, had undergone a “character transformation” in the past year.
“I heard through the grapevine that he’d completely changed and become quite devout to the point where he told platonic female friends that it was inappropriate for him to be friends with them, ” he said.
Kamleh traveled to Kuala Lumpur on March 10 before appearing on the video released over the weekend wearing scrub and working in a neonatal unit.
The vice-president of the Australian Medical Association told reporters in Melbourne that Kamleh’s actions “contradict what we stand for.”
“The notion of working for and supporting that regime is, I think, abhorrent to almost every Australian doctor,” Stephen Parnis said on Sunday.
There is a maximum 25-year jail term for any Australian found to be aiding the designated terrorist organization. Enditem