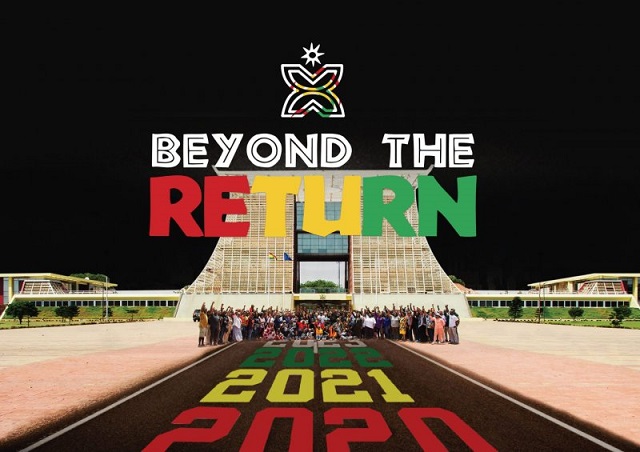 The Ghana Tourism Authority (GTA), Birthright AFRICA and singer Jidenna Mobisson are collaborating to create opportunities for young people of African origin to learn about their history.

It is under the “Beyond the Return” vision, which includes building on the momentum of the” Year of Return,” over the next 10 years.

This was made known at the arrival and welcoming of 12 young cohorts of American Black origin who are in Ghana to learn more about the African ancestry.

Mr Akwasi Agyeman, Chief Executive Officer (CEO) of GTA, said the country had launched “December in Gh”-a tourism event- and encouraged the 12 cohorts to participate in the activities.

He said the country had recorded 400, 000 tourist arrivals as of June against the targeted one million for the year 2022 and expressed optimism that the one million target would be achieved because the peak season would start in September.

“Normally the peak period is from September so that’s why we are pushing hard to start getting the numbers so that we can make the one million mark,” he said.

Mr Agyemang said there would be numerous events, including Afro Nation, Afrochella, African Legends Night, Bukom Boxing Fiesta, Westside Carnival and invited local and foreign tourists to patronise them at the December Gh.

“We urge everybody, every Ghanaian to be part of that fever because it’s an opportunity for us to engage and reengage with our Africa diaspora,” he said.

Madam Walla Elsheikh, CEO and Co-founder of Birthright AFRICA, said she was elated about the collaboration with the GTA as it would provide free educational experience and build an ecosystem of all partners in the education, corporate, arts and entertainment world as part of the historic movement.

She expressed delight about the group’s arrival in the country, saying it was time for the African diaspora to retake its homeland.

Mr Jidenna Mobisson, a Bright Africa Board member, advised members of the cohorts to pick important historical lessons during their stay.