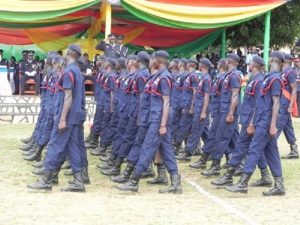 The Ghana police service has indicated that numbers of recruits dismissed from training camps could increase as the service has not yet completed all its background investigations on all the personnel under training in the country.

The Ghana Police Service at the instance of the Director General of Human Resources Commissioner of Police Beatrice Vib-Sanziri has dismissed 206 police recruits who were undergoing training at the Pwalugu Police Training School in the Upper East Region.

The recruits according to the communiqué released on Friday February 3, 2017 applied to the service with fake academic documents.

Corroborating the event that led to the dismissal of the recruits, director of public affairs of the service, Superintendent Cephas Arthur told host of Ultimate Breakfast show, Lantam Papanko that the possibility of more recruits going home is expected.

He noted, “It is not all the infractions associated with recruitment that you can see during the selection process. We are still doing background checks of the recruits that we have in our training schools and anytime we stumble on any fact that will make someone unsuitable to be a police officer we will expel the person.”

“As we speak there are people going about hometowns and former schools of the recruits and at the appropriate time, reports about those recruits will also come out and we shall appropriately expel them,” he added.

Meanwhile, the police service has given indication it will bring the law to bear on the sacked recruits for deceiving public officers in the submission of their documents to be recruited into the police service.