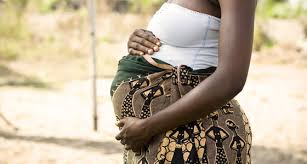 Ms Kodam expressed concern about the refusal of most women to seek psychiatric help when going through some form of mental health or even when referred.

Speaking to the Ghana News Agency in an interview in Tema, she explained that due to the stigma associated with mental health, people refused to get help, and with time the situation worsened.

She advised women, especially those pregnant and lactating, to seek early treatment when they experience symptoms of mental health.

Some of the symptoms, she noted were crying and feeling sad for no reason, sleepless nights, a feeling of rejection, fear, want to harm the baby, among others.

“Once you start getting symptoms of depression, such as sleeplessness, not being happy for no reason, among others, seek early treatment at the psychiatric departments of the various public health institutions,” she said.

Ms Kodam said some of the causes include depression after birth because of unresolved issues, including being pregnant when not prepared, not having support from spouse and family, and financial challenges, and others.

She advised women to prepare themselves before getting pregnant to be able to handle and carry the pregnancy healthily throughout the gestation period, as unprepared pregnancy could push them into depression and other mental health issues.

GBV: A contributing factor to increased HIV infections among adolescents

Pregnant women dying at Woloteng due to lack of health facility

Women must learn about pregnancy issues to reduce mortality – Midwife

Africa’s electronic security is the worst among all continents