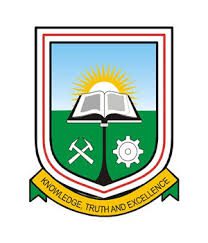 The University of Mines and Technology (UMaT) has admitted 542 students to pursue Mining, Petroleum and Engineering courses in the 2016/2017 Academic year.

The Vice Chancellor UMaT, Professor Jerry Kuma, who announced this at the 12th Matriculation Ceremony, in Tarkwa, noted that as a university they had done a lot to encourage more women to venture into Engineering Education over the years through their gender mainstreaming policy.

He said they would continue to evolve initiatives to sustain the mainstreaming programme to motivate more females to pursue engineering programmes.

Prof Kuma announced that the University was almost through with the approval from the National Council for Tertiary Education and National Accreditation Board to begin a Bachelor’s Degree in Science Programme in Renewable Energy Engineering; and two Master’s programmes in Engineering Management and Business and Technology.

He said this year, the university received 1,584 applicants for admissions, but due to limited facilities such as lecture halls, laboratories and other necessary infrastructure to aid total learning experience, few students had the opportunity.

He said the University was still in discussions with the Ministries of Education and Finance to see to the implementation of the promise of President John Dramani Mahama to help turn UMaT into a 10,000- student capacity university at the new site, donated by the chief and people of the Wasa Fiase Traditional Council.

Prof. Kuma said that the Ministry of Finance was in the process of engaging a Transaction Advisor for the development of the new campus under a public-private partnership model.

In the area of postgraduate admissions, Prof. Kuma stated that the University admitted 53 students to pursue various programmes leading to MSc, MPhil and PhD degrees, which brought the total postgraduate student population to 227, thus10 per cent of total student enrolment of 2,271.

He said their goal over the years had been to increase the total postgraduate enrolment to 30 per cent of the total student population in the near future.

“We would, therefore, pursue this goal with the seriousness it deserves to encourage practising engineers and professionals to be admitted into the various progammes to train them to develop advanced mining and allied engineering skills without leaving their jobs through innovative modular programmes,” he assured.

Prof. Kuma warned that any student who would be caught cheating in examinations, stealing, ponding, engaging in occultism and assault would be dismissed outright with a possible prosecution by the police.