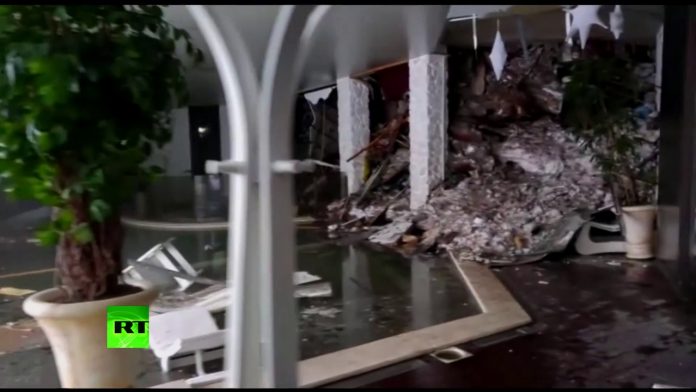 At least four more survivors were pulled out on Friday night from a hotel in central Italy, which was buried by a huge avalanche, bringing to nine the number of people rescued so far, the authorities said on Saturday.

Overall, ten people were located alive under the ruins of the hotel since Friday midday, according to the Civil Protection Department coordinating all rescue efforts.

The four pulled out in the night were two women and two men.

The first five people — one woman and four children — were rescued on Friday. One more person was yet to be recovered.

Rescue teams said they could hear other sounds, signalling that more people might still be alive in the touristic facility.

Yet, the sounds were not yet located exactly, and might also result from movements of the hotel’s infrastructure overburdened by metres of snow and mud, Il Corriere della Sera newspaper cited a firefighters official at the site as reporting.

All nine survivors rescued so far were brought to hospital in Pescara. One adult had a surgery on his injured arm, yet all nine were in good health, director Rossano Di Luzio told a press conference on Saturday morning.

“The fact that they were wearing warm ski clothing, and the protection provided by the hotel’s partially-collapsed structures, helped them survive,” intensive care head physician Tullio Spina told reporters.

The body of a woman was also pulled out from the hotel on Friday night, bringing to four the death toll so far, the civil protection said.

Overall, about 30 people were believed to be inside the Rigopiano hotel, when the incident occurred. There were at least 22 guests and seven employees registered, but local authorities said that few other non-registered guests might also be inside the facility.

People had gathered at the ground floor of the resort when the avalanche hit, and were waiting for transport in order to leave the hotel, because of four strong quakes that struck the Abruzzo region earlier that day.

Four children were among those missing, and all of them were rescued, the authorities confirmed.

Beside the 10 people located on Friday, there had been two more survivors on the previous day — two men, who were outside the hotel when the avalanche hit and were able to launch the first SOS call.

One of them had his wife, daughter, and son trapped inside the ruins of the hotel. Yet, the whole family was saved and in good condition.

The avalanche at the Rigopiano hotel was believed to be triggered by Wednesday’s four earthquakes. All of them were above 5 magnitude on the Richter scale, and their epicentres were between the provinces of Rieti and L’Aquila, the Italian National Institute of Volcanology and Seismology (INGV) stated.

The quake-hit central areas were also engulfed by heavy snowfall and severe weather since last week.

Tremblors and bad weather combined claimed five victims so far, according to authorities.

Freezing temperature and snow have also made rescue efforts at the Rigopiano hotel extremely difficult, and affected power and water lines all across Abruzzo and Marche regions.

Overall, 8,000 forces were currently deployed in the affected areas to manage these simultaneous emergencies.

Till Friday evening, the number of houses without electricity was reduced from 77,000 to 56,000 in Abruzzo, and from 8,500 to 3,000 in Marche, the civil protection agency said. Enditem