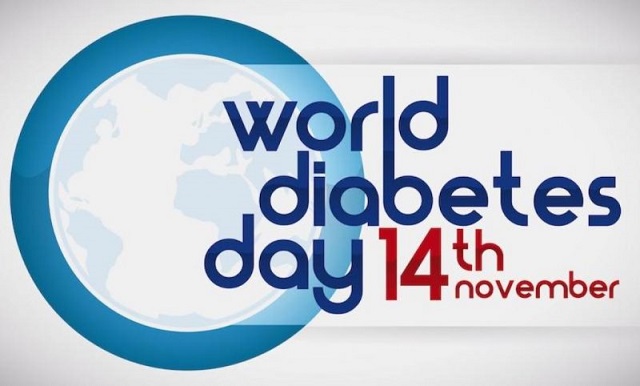 According to a World Health Organization (WHO) report on diabetes, four Hundred and Sixty three (463) million people have diabetes in the world and more than 19 million people in the African Region with a projection of 47 million by 2045 in Africa.

Between 2000 and 2016, there was a 5% increase in premature mortality from diabetes. Diabetes prevalence has been rising more rapidly in low-and middle-income countries than in high-income countries.

Diabetes is a major cause of blindness, kidney failure, heart attacks, stroke and lower limb amputation. In 2016, an estimated 1.6 million deaths were directly caused by diabetes. Another 2.2 million deaths were attributable to high blood glucose in 2012.

In lower-middle-income countries, the premature mortality rate due to diabetes increased across both periods.

Almost half of all deaths attributable to high blood glucose occur before the age of 70 years. WHO estimates that diabetes was the seventh leading cause of death in 2016. A healthy diet, regular physical activity, maintaining a normal body weight and avoiding tobacco use are ways to prevent or delay the onset of type 2 diabetes.

Diabetes is a chronic disease that occurs either when the pancreas does not produce enough insulin or when the body cannot effectively use the insulin it produces. Insulin is a hormone that regulates blood sugar.

Hyperglycaemia, or raised blood sugar, is a common effect of uncontrolled diabetes and over time leads to serious damage to many of the body’s systems, especially the nerves and blood vessels.

Health impacts of diabetes are that over time, it can damage the heart, blood vessels, eyes, kidneys, and nerves. Adults with diabetes have a two-to-three-fold increased risk of heart attacks and strokes.

Diabetic retinopathy is an important cause of blindness, and occurs as a result of long-term accumulated damage to the small blood vessels in the retina. Diabetes is the cause of 2.6% of global blindness. Diabetes is among the leading causes of kidney failure.

On prevention, simple lifestyle measures have been shown to be effective in preventing or delaying the onset of type 2 diabetes. To help prevent type 2 diabetes and its complications, people should achieve and maintain a healthy body weight.

People should be physically active – doing at least 30 minutes of regular, moderate-intensity activity on most days (more activity is required for weight control), eat a healthy diet, avoiding sugar and saturated fats; and avoid tobacco use – smoking increases the risk of diabetes and cardiovascular disease.

Diabetes can be treated and its consequences avoided or delayed with diet, physical activity, medication and regular screening and treatment for complications. Early diagnosis can be accomplished through relatively inexpensive testing of blood sugar.

World Diabetes Day (WDD) was created in 1991 by the International Diabetes Federation (IDF) and WHO in response to growing concerns about the escalating health threat posed by diabetes.

WDD became an official United Nations (UN) Day in 2006 with the passage of United Nation Resolution 61/225. It is marked every year on 14 November, the birthday of Sir Frederick Banting, who co-discovered insulin along with Charles Best in 1922.

The WDD campaign aims to be the platform to promote IDF advocacy efforts throughout the year and a global driver to promote the importance of taking coordinated and concerted actions to confront diabetes as a critical global health issue.

The theme for World Diabetes Day 2020 is “The Nurse and Diabetes”.

The new report calls upon governments to ensure that people are able to make healthy choices and that health systems are able to diagnose, treat and care for people with diabetes. It encourages us all as individuals to eat healthily, be physically active, and avoid excessive weight gain.