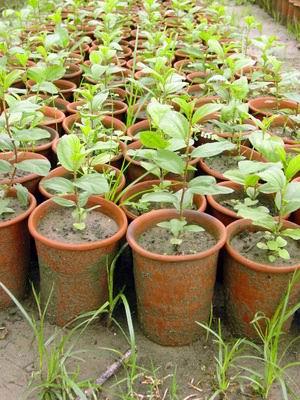 A total of 22,671,696 tree seedlings were distributed nationwide during the Green Ghana Day on June 10, 2022, Mr John Allotey, the Chief Executive Officer of the Forestry Commission, said in Accra on Monday.

This implies that the Government exceeded its initial target of planting 20 million tree seedlings on the day.
The government also released six million Ghana cedis to organise the event.

This came to light when officials of the Ministry of Lands and Natural Resources and the Forestry Commission updated the media on the outcome of the Green Ghana Day.

However, four regions, including Northern, North-East and Oti could not meet the regional target.

Mr Allotey, in a presentation, said 55 different species of seedlings were planted including ornamental, fruits and timber.
Fifty per cent of them were supposed to be planted in degraded forest reserves while 50 per cent in off reserve areas such as school compounds, along edges and median of roads and parks.

Mr Benito Owusu-Bio, the National Chairman of the 2022 Green Ghana Planning Committee and a Deputy Minister of Lands and Forestry, said the Day witnessed overwhelming support from Ghanaians despite the rains.

To mark the Day, President Akufo-Addo planted a ceremonial tree at the Efua Sutherland Children’s Park, whilst former presidents J. A. Kufuor and John Mahama also took part by planting at designated areas.

He expressed appreciation to the members of the Council of State, National House of Chiefs, members of Parliament, the Clergy, the Diplomatic Community, the media, staff and management of the various ministries, departments and agencies for their massive participation in the celebration.

The Deputy Minister appealed to the media to continue educating the public on the need to plant more trees and make sure they maintained and nurtured them till they mature.

Mr Owusu-Bio indicated that the Parliamentary Select Committee on Lands and Forestry would periodically monitor and assess the seedlings planted.

The Ministry, he said, would also track the trees and ensure a more than 80 per cent survival rate.

Homowo of food, friends and more

Increase in activities contributing to HIV infections in Ghana