“There is nothing to negotiate. They have broken the law. They should unconditionally vacate the houses,” the minister said during his weekly press conference.

The houses which are situated in northern Libreville, Gabon’s capital, have been occupied since July 1.

The houses that were constructed by a Turkish firm, were on Jan. 22, 2016 distributed through a random draw because of a high demand of housing units.

The beneficiaries found it difficult to live in the houses due to lack of water and electricity. In Bikele suburb, within the same zone, the construction was totally abandoned following a drop in the international oil prices, the main source of revenue for the Gabonese government.

The squatters broke doors and windows before illegally settling in the houses.

The situation is symbolic of the enormous housing deficit in Gabon. The country which is an oil producer with a population of 1.7 million, currently faces a shortage of 250,000 housing units.

While campaigning in 2009, President Ali Bongo Ondimba promised to construct 5,000 housing units per year if he is elected.

Having come to power, he launched the construction of the housing units in the northern part of Libreville, but the drop in oil prices led to the project being halted.

“Housing remains an issue that has given me a lot of frustrations,” Ali Bongo said when he recently addressed Parliament to give a report card of his first seven-year term.

In the last seven years, the president and his team have only constructed 3,762 housing units. This is way below his electoral promise to construct 5,000 units per year. Enditem How to Add Value and Earn More from Your Old Property 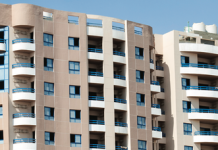