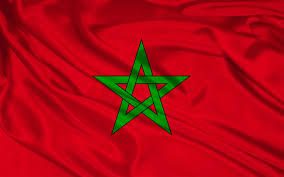 The Moroccan Press Agency MAP reported that the Moroccan Central Bureau for Judiciary Investigations (BCIJ), under the General Directorate for Territory Surveillance (DGST), has dismantled a suspected nine member cell militant cell that was in contact with IS and tried to encourage Moroccan youth to fight for the group. The nine suspects were arrested in the cities of Nador, Laayoune, Tetouan, Meknes, Sidi Ifni, Beni Mellal, Saidia, Dakhla and Tangiers. The report, which cited the Interior Ministry, said the group, with knowledge in handling weapons and explosives used the internet to spread its extremist ideas and incite civil disobedience.

It is worth noting that Morocco is on high alert following last Friday’s rampage by a gunman at a Tunisian beach resort in which 38 foreigners, mostly British tourists, were killed. The attack was claimed by Islamic state.
“The group has used internet to get expertise in making explosives and chemical materials as well as handling arms,” The Moroccan Ministry of Interior statement said.

Since 2003, Morocco has been adopting a pre-emptive strike policy against the terrorist groups. Morocco doesn?t want to be involved in supplying any region with terrorist fighters because it is itself a victim of that. Morocco?s counter-terrorism policy, which involved legal, social and religious reforms, has worked, in general. Nevertheless, there have been reversals with each policy area with human rights shortcomings and corruptions working to undermine the pace and rate of reforms. These accumulated reversals eventually fed the 20 February 2011 social movement which forced a return to more active reforms. There are certain default patterns of thought present among some in the country that could create a political opening for the convicted terrorists and their sympathizers. To help, the outside world needs to proceed in a manner that includes the Moroccan public. The Moroccan government is aware broadly of the problem and has offered a package of reforms.

Morocco follows a complex anti-terrorism policy borne largely out of the state?s reactions to the events of 16 May 2003, when a group, later found to be associated with al-Qaeda, attacked a number of sites in the city of Casablanca with home-made suicide bombs, killing about three dozen people including most of their own. The terrorist attacks of that day continue to shape anti-terrorism policy, broadly speaking, although with some recent and significant modifications. The strategy adapted after 16 May 2003 included an anti-terrorism law, social assistance programmes and a reform of the religious sector.

Morocco has set up a model for other neighboring nations to fight terrorism and extremist ideologies. So far it has been successful but certainly a regional effective cooperation will put an end to this threat that does not menace only countries in north Africa and Sub Saharan Africa but Europe and even the United States