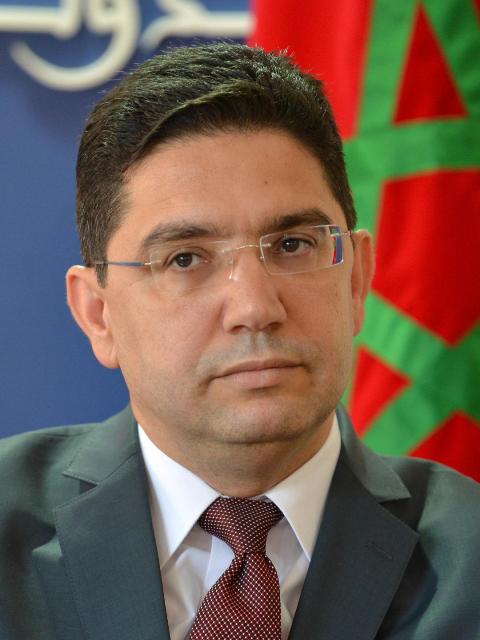 Courtesy of the Kingdom of Morocco’s Ministry of Foreign Affairs, African Cooperation and Moroccan Expatriates.

The Kingdom of Morocco has called for global concerted effort to tackle climate change, something, it says, has become urgent and should not wait.

He identified the Pacific Small Island Developing States as the most vulnerable to its menacing consequences.

“The seriousness of these challenges and common efforts to confront their destructive effects, prompted the Pacific Small Island Developing States to translate their solidarity into effective action plans, in particular through the “Samoa Directives” – which deserve our full support.

“Our countries, which nourish equal importance to marine areas and show similarity in many economic sectors – such as fisheries, agriculture and tourism, suffer disproportionately and unfairly from the effects of global warming, to which we barely contribute,” he said.

“However, our countries are among the most actively involved in facing climate change, and the most committed to achieving their national specific contributions towards successful transition to neutral development.”

He underlined the commitment of Morocco to lead the international effort – meet and consult whenever there was an opportunity – especially on the sidelines of the United Nations General Assembly, forge stronger partnership and deepen cooperation in priority sectors such as health, environment, vocational training, human development and climate change.

Mr. Bourita said this in a speech read on his behalf at the opening of the Third Annual Morocco-Pacific Island States Forum in the Southern Moroccan city of Laayoune.

“Strengthening Linkages, Delivering on Commitments and Unifying Voices for Shared Prosperity between Morocco and the Pacific Island States” is the theme chosen for the three-day meeting.

The goal is to explore ways to enhance bilateral cooperation between Morocco and the Pacific Islands.

Attended by senior officials and representatives from the Pacific states, they are discussing regional challenges – climate change, the promotion of renewable energies and the achievement of the sustainable development goals.

The forum also aims to promote south-south cooperation through joint efforts between Morocco and Pacific Island countries within the framework of win-win economic cooperation.

The first forum took place in 2012, and the second was in 2015.Mr. Bourita said the ecosystem deterioration was not limited to the impact on agriculture and key economic sectors, but threatened the very existence of certain Island States, as a result of the rising sea level.

“It is not any coincidence that the State of Fidji chaired the 23rd Conference of the Parties to the United Nations Framework Convention on Climate Change (Cop.23), right after Morocco’s chair of the 22nd Conference (Cop.22)”.

He said this highlighted a shared commitment to actively contribute in finding immediate and long-term solutions to this global threat.

In addition to its early national involvement in dealing proactively with the effects of climate change, through sectoral strategies, Morocco has committed, at the international level, to carry the voice of African and Pacific Small Island Developing Countries – thus contributing to the realization of climate justice for these countries.

He said it was in the spirit of this that Morocco seized the opportunity of hosting the Cop.22, to re-mobilize the international community against climate change.

The Foreign Minister said Morocco also initiated the creation of innovative African mechanisms, such as the Climate Commission for African Pacific States.

“It is our ambition to build bridges between this Commission and the Pacific Small Island Developing States, through sharing experiences and best practices,” he said.

Mr. Pohiva Tuionetoa, Prime Minister of the Kingdom of Tonga, on behalf of participating delegates, commended Morocco for the leading role it was playing to address the issue of climate change.

He further lauded King Mohammed VI of Morocco, for championing, and being a strong advocate of the South-South Cooperation.

Mr. Mohamed Methqal, Director-General, Morocco International Cooperation Agency, said the new proposed partnership between the Kingdom of Morocco and the Pacific Islands States that would be launched at the third forum, could contribute tremendously and give impetus to the development of their countries.