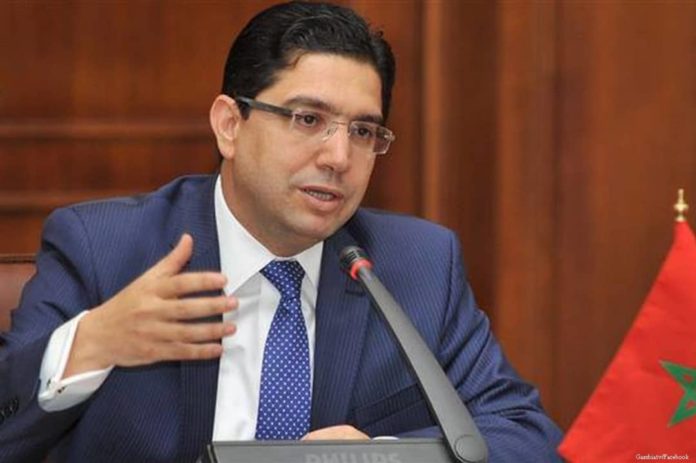 The Kingdom of Morocco has expressed commitment to deepen relationship with all the Pacific Island States for the mutual benefit of its people.

This was made known by the Moroccan Minister of Foreign Affairs Nasser Bourita, recently.

He pledged to deepen political and economic cooperation with the Pacific Islands States for the mutual benefit of their peoples.

He said “Rest assured of the will of the Kingdom of Morocco to remain a faithful partner to your countries and a supportive friend.”

He said this in a speech read on his behalf at the opening of the Third Annual Morocco-Pacific Island States Forum in the southern Moroccan city of Laayoune.

He underlined his country’s readiness to share with these states its experience and expertise in the fields of economic, human and sustainable development.

“This is the spirit of the “Declaration of Laayoune” that will result from the works of this third edition of our forum, and that aims at developing a new vision regarding the most pressing issues of common concern, such as peace and security, sustainable development, climate change, combating terrorism and irregular immigration.”

He said this is in accordance with the aspirations of each country, and the priorities of international cooperation set by the “Programme of Samoa”, and in partnership with economic actors and civil society.

“Strengthening Linkages, Delivering on Commitments and Unifying Voices for Shared Prosperity between Morocco and the Pacific Island States” is the theme chosen for the three-day meeting, with the goal of exploring ways to enhance bilateral cooperation between Morocco and its partners in the pacific islands.

Senior officials from Pacific states and senior officials are discussing regional challenges – climate change, the promotion of renewable energies and the achievement of the sustainable development goals.

The forum also aims to promote south-south cooperation within the framework of win-win economic cooperation.

Mr. Bourita said the meeting in the Moroccan Sahara, was a demonstration of their common wish for the continuation of the Morocco-Pacific Island States Forum.

He said the commitment of the Kingdom to the Forum stemmed from the unique importance given to south-south cooperation by King Mohammed VI.

This cooperation, he added, was a cornerstone for the Kingdom’s foreign policy, and a firm external choice, constantly aimed at strengthening relations with the friendly countries in the southern hemisphere.

“While the first and second sessions of this forum, in 2012 and 2015, have enabled us to lay the foundations of our partnership, our meeting today offers a chance to assess achievements and to renew the resolve to raise the level of cooperation.

“It is also an opportunity for updating priorities to make this forum a pioneering success story of cooperation, dialogue and South-South solidarity.”

Morocco has committed at the international level, to carry the voice of African and Pacific Small Island Developing Countries, contributing to the realization of climate justice for these countries.

Mr. Pohiva Tuionetoa, Prime Minister of the Kingdom of Tonga, on behalf of participating delegates, commended Morocco’s leading role in addressing the issue of climate change.

Sahara Issue: Morocco Called Out Its Traditional Partners To Clarify Their Positions

Sahara Issue: The Lens Through Which Morocco Looks At The World