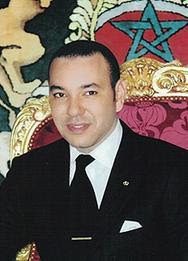 The former foreign minister will hold talks with all the parties represented in the parliament, namely the secular Authenticity and Modernity Party and the nationalist Istiqlal party, according to the daily Akhbar Al Yaoum. While his predecessor Abdelah Benkirane took over five months without forming a government, Othmani aims to reach the goal in 15 days, the daily said citing a source at the party.PJD vowed support to Othmani, who was appointed by Morocco’s King Mohammed VI on Friday as PM.

In a statement following the meeting of PJD national assembly on Saturday, the party urged Othmani to form a government in the shortest terms possible, stressing the need to cement the reforms launched by the PJD-led government in the past five years.The parliament of the party said the new government should be strong, harmonious and efficient, adding that it should also respect the outcome of the October parliamentary elections, which was significantly led by the Islamist party.The number two in PJD leadership said at the meeting that forming a new government is a “difficult task” during “the critical period” Morocco is going through.

Benkirane has gained support of two parties after the October elections last year, yet he has been unable to make a deal with a third party to secure the majority of 395-seat parliament.