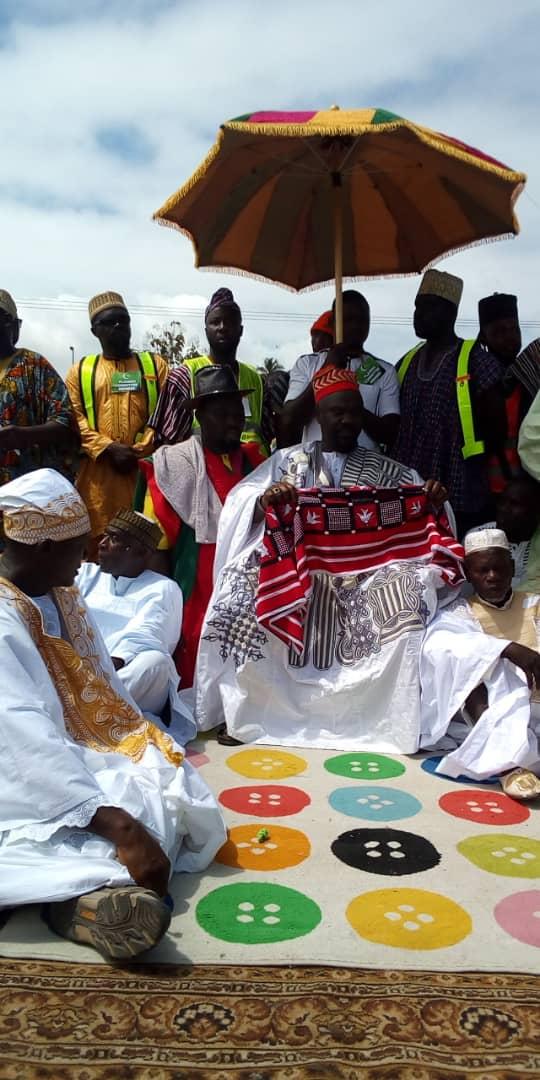 The Moshie Community in the Western Region has installed a new Regional Chief, Moshie Naaba Zande III, known in private life as Alhaji Alidu Quedraogo, to steer the affairs of the community.

The installation became necessary following the demise of his father, Moshie Naaba Zande II, known in private life as Alhaji Iliasu Ouedraogo, on July 4, 2020, having been on the throne from 1961.

The colourful but solemn ceremony, which took place at the Sekondi Gyendu Park, also coincided with the final funeral rites of the late Moshie Naaba Zande II and brought together traditional rulers from different parts of the country, zongo chiefs, the Muslim community, parliamentary aspirants, the media and police personnel.

Alhaji Ibrahim Abdul-Rahman Adam, the Mossi Chief of Ashanti, in a keynote address, advised the newly installed Chief to be fair and firm to ensure that peace, unity and tranquillity prevailed in the Zongo communities.

He said the challenges confronting those communities needed pragmatic solutions to pave way for development.

Alhaji Adam advised the Chief to advice Muslims to resist attempts by politicians to use them to foment trouble, especially in the run-up to the December elections.

He pledged the support of Muslim communities in the country to ensure a successful reign of Moshie Naaba Zande III.

The Chief took the Oath of Office, Allegiance and Secrecy from the Moshie chiefs and elders of the family.

He assured the Muslim Community of his readiness to champion their cause and promised to ensure that the Islamic society rolled out skills training projects for the youth to be self-sufficient.

Chief Zande advised community members to eschew violence in the run-up to the election and maintain peace, love and unity.

Alhaji Sani Abdulai, the Deputy Western Regional Chief Imam, led the gathering to recite excerpts from the Holy Quran to ask for blessings from the late chief upon his son.

A representative from the National Peace Council, Mr Saaed Hamid, reminded Zongo communities to be conscious of what gave rise to an uproar and avoid violence as the elections drew nigh to consolidate peace and Ghana’s democratic gains.

Mr Andrew Egyapa Mercer, the Member of Parliament for Sekondi, said Ghana had a rich culture, which united the people and stressed the need to tolerate divergent views.

He reminded Ghanaians that election was not a time for war but an opportunity to express one’s opinions and views about governance.

Mr Charles Hagan, the NDC parliamentary candidate for Sekondi, in a speech read on his behalf, said the next NDC government would build an Islamic secondary school for the southern sector and an ultra-modern market in the area for business activities to flourish.