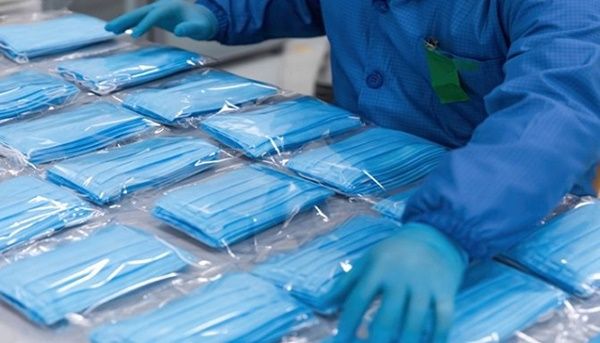 He said all 13 Private Schools and 56 out of the 82 Public Schools have been served based on their enrolment and hoping by close of day the rest would receive their share.

Mr Bill said beyond the distribution of the items, the directorate, also formed a task force that would be going round the schools from Tuesday to ensure that they were adhering to all the protocols of COVID-19.

Meanwhile, a visit to some schools showed that students, teaching and non-teaching staff had reported to school to commence learning.

At the John Wesley Methodist School, at about 0700 some students had showed up, and with the help of the local manager, the students were taken through orientations.

Some teachers who spoke to the GNA on state of anonymity stated that 54 out of the 60 final year students had reported to school, and they also received their share of the PPE distributed by government.

They said each student received two face masks, and the GNA also observed that veronica buckets were placed at vantage points within the premises and social distancing was being observed, and posters with inscription of ‘no mask no entry’ and ‘no hugging’ were pasted all over the premises.

The teachers said the school had put in place some measures by allocating three classrooms for the students, two to be used as classrooms containing 30 students each and the other designated as an isolation centre in case of any emergency.

The students were also arranged to sit according to their index numbers to make it easy for contact tracing.
At the Ofankor M.A Basic School, teaching and learning was yet to commence as the students were being taken through orientation.

The GNA observed that veronica buckets were available and students and teachers were in their face masks amidst social distancing.

The school had 64 final year students and allocated two classrooms for them now since not all students had reported to school.

President Nana Addo Dankwa Akufo Addo in his 13th address on measures taken against the spread of COVID-19, directed that all Form Three JHS students to report to school on June 29, to commence preparation for their Basic Education Certificate Examination.