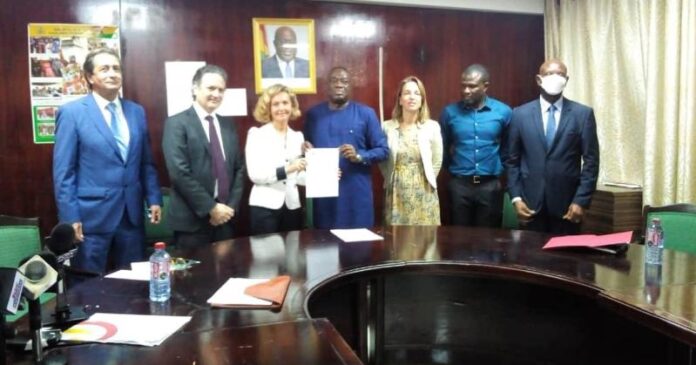 The Ministry of Tourism, Arts and Culture (MoTAC) has signed an agreement to collaborate with the Spanish Government, Incyde Foundation, and Casa Africa to build the capacity of tourism players in Ghana.

The agreement focuses on training industry players with the prerequisite skills to create job opportunities and boost tourism.

Dr Ibrahim Mohammed Awal, Minister of Tourism, Arts and Culture, said tourism was a very dynamic sector with the potential to address the country’s unemployment challenges.

He said Spain received eighty million tourists every year, and that had attracted the Ministry’s attention to learn from their expertise to build the sector.

Dr Awal noted that one out of every four jobs in Ghana was created from the tourism sector and anticipated that by 2024, the sector would be able to create one million jobs and also receive five billion dollars next year from international tourism.

He said the agreement would help build the capacity of over 120,000 people in the tourism value chain – hotel owners, restaurants, travel and tour operators, tour guards, actors, musicians, and film producers.

“We do not want to receive tourists once but want them to repeat coming and bring in others so the Ministry will build an innovation driven Small and Medium Enterprise within the tourism sector,” he added.

The Minister said the value of the agreement was worth 120 million cedis and that the Ministry was going to have a smart tourism incubator that would analyse the big data of actual intelligence to make Ghana globally competitive in terms of tourism.

He said the programme would start in November this year, involving seminars and training incubator activities with a focus on youth and women.

He said Spain and Ghana shared common values like democracy and human rights and that the agreement would reinforce the partnership and collaboration between the two countries.

She said the Foundation represented the chamber of commerce, the economic sector, and all SMEs in Spain and had worked for 20 years, creating an entrepreneurial ecosystem worldwide.