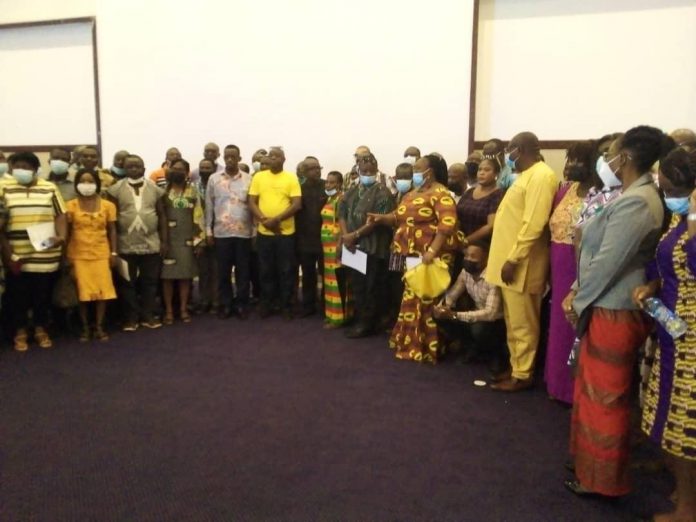 Dr. Ibrahim Mohammed Awal, the Minister for Tourism, Arts and Culture has pledged commitment to fixing the Western Regional Centre for National Culture edifice left to deteriorate over the years.

The Minister is also considering giving a facelift to the “Monkey Hill site” in the Sekondi-Takoradi Metropolis to boast domestic tourism in the Region.

Dr. Awal gave the assurance when he engaged players in the Ministry to discuss pertinent issues affecting the tourism sector in the Region.

The Centre for National Culture in the Region had become a cry of many in the tourism and culture sector for its constant neglect.

The MoTAC Minister said the development of the mentioned facilities would be made possible through the 100 million additional financial allocation by the Ministry of Finance to the sector.

Already, the Ministry has seen to the establishment of an Acts 817 for the creation of a forum and Committee to critically observe activities in the tourism space for maximum inflows into the sector and the holistic growth of wealth of country.

In the Western Region, the Nzelezu receptive is receiving a facelift, while dredging is underway to open-up the river and the introduction of modern speed boats to cut down on travel time to the site.

The Ankasa forest and the Axim fort are also under consideration for upliftment to enhance domestic tourism.

In the meantime, the Government according to Dr. Awal, had plans to tar 50 kilometers of roads leading to most tourism sites across the country for easy mobility.

Dr. Awal mentioned the establishment of toruism schools to help in training more Personnel for the industry under the sector skills development Programme.

Mr Kwabena Okyere Darko-Mensah, the Western Regional Minster prayed that the Region became first in Tourism destination across the country adding that Ghana Beyond Aid was indeed achievable with a conscious effort and commitment.

Industry players raised concerns such as visa acquisition, the need for tourism clubs in schools and more investment in the creative arts Sector.