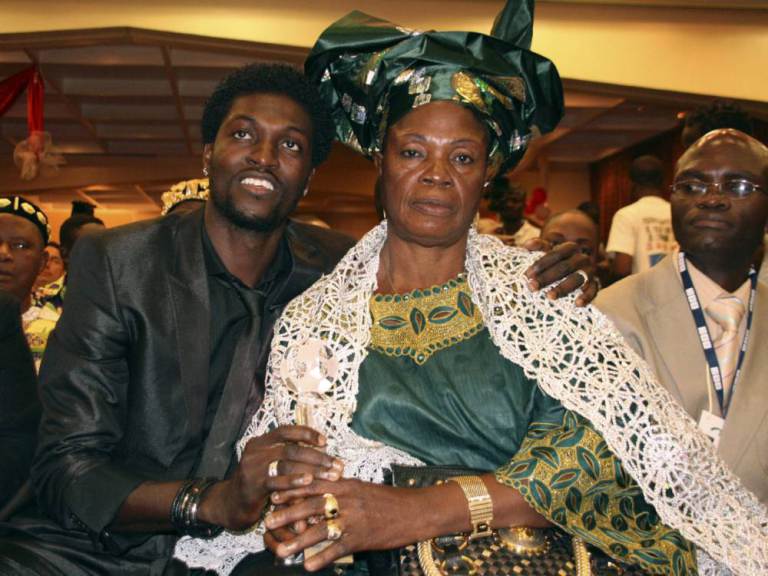 Information reaching GhJoy.Net shows that, Tottenham forward, Emmanuel Adebayor kicked his mother and sister out of his house in Togo and accused them of sabotaging his career using witchcraft.

The former Arsenal player accused his mother of using black African magic on him leading to his recent run of poor form that has left Tottenham considering moving him on in January.

Talking to a radio station in Acrra, Adebayor explained how the events that led to his mother moving out transpired. ?How can I talk to a mother who together with my sisters have been plotting juju against me?? He told the radio station

Adebayor has endured a run of terrible form and if he is correct and his mother is sabotaging is career that she is nothing short of a monster as the former Monaco man is the bread winner of the family.