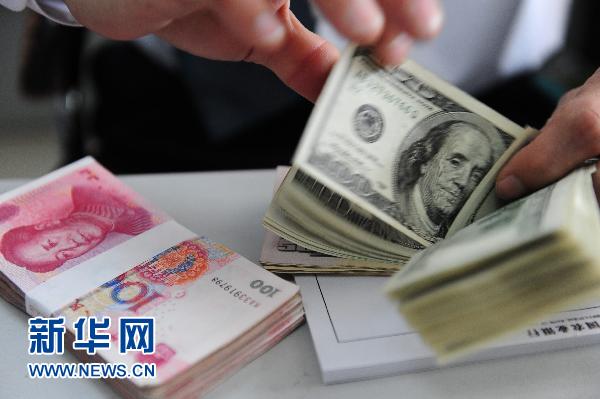 The People’s Bank of China set the central parity rate of the yuan against the greenback at 6.9085 Wednesday. [Photo/Xinhua]

The recent deprecation of the yuan reflects Beijing’s move toward a free floating exchange rate system, after the central bank set the yuan reference rate on Thursday at record low level against the US dollar.

The People’s Bank of China set the central parity rate of the yuan against the greenback at 6.9085 Wednesday, following 6.8904 the previous day, the lowest level since June 2008.

The yuan is allowed to rise or fall by 2 percent from the central parity rate in China’s spot foreign exchange market.

The depreciation of the yuan is a result of a strong dollar supported by an interest rate hike next month that can be regarded as a “certain” move that is in line with market expectations, said Chen Fengying, a senior researcher with China Institutes of Contemporary International Relations.

Senior US Federal Reserve officials suggested an interest rate rise would come “relatively soon”, according to minutes released on Wednesday from the Fed’s meeting earlier this month.

With a strong dollar, the People’s Bank of China has little incentive to intervene at a time when the central bank’s reform toward a more marketized floating system would only continue after the yuan joined the reserve basket of the International Monetary Fund in October.

Goldman Sachs forecast the yuan-dollar exchange rate would hit 7.30 by the end of 2017, as China is on its bumpy road of economic recovery.

Looking ahead, neither the US interest rate would go up a large extent nor would the yuan see sustained depreciation, according to Zhao Xueqing, an economist with the Institute of International Finance under the Bank of China.

In the meantime, the appetite to pass sizable tax cuts along with an equally strong appetite to keep on spending could add to upward pressure on US long-term interest rates, a report led by Lewis Alexander with Nomura Group said on Wednesday.