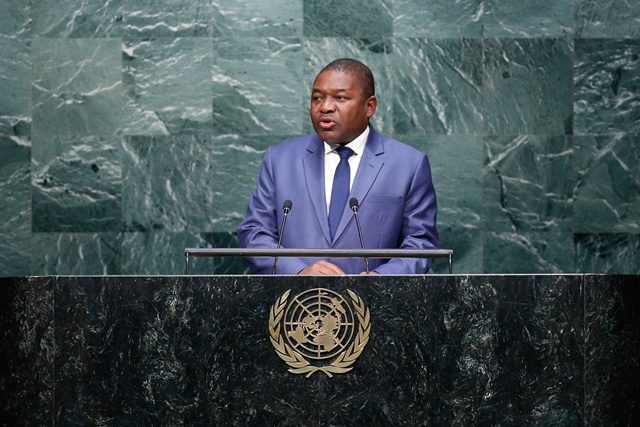 Mozambique’s Defense and Security Forces (FDS) captured three armed men from the “Military Junta”, a dissident faction from Renamo, among whom an aide-de-camp to the leader of the faction Mariano Nhongo, said Mozambican President Filipe Nyusi on Tuesday.

According to the President, who announced the information while commissioning new migration officials in his office in Maputo, the capture was the result of the FDS operation against the group’s armed men in the Mafambisse zone, central province of Sofala.

“(They were) a personal aide-de-camp to Mariano Nhongo, leader of the group, and his two cooks, all confessed,” said Nyusi.

“The Renamo Military Junta, for no clear reason, has been killing people, looting goods and destroying public and private infrastructures. The citizens and the country must be defended if dialogue is not an option,” said Nyusi.

“We call on the Renamo Military Junta not to allow itself to be manipulated by internal or external forces to destroy Mozambique,” he said.

The country’s largest newspaper Noticias on Tuesday also quoted the former spokesman of the self-proclaimed Military Junta, lieutenant-colonel Joao Machava, as saying that the faction constitutes a gross violation of the objectives of Renamo’s creation.

Joao Machava, who had already joined the process of disarmament, demobilization and reintegration (DDR) of Renamo’s former guerillas, said that Mariano Nhongo is being left alone because of his decisions to continue the attacks on civilians. Enditem