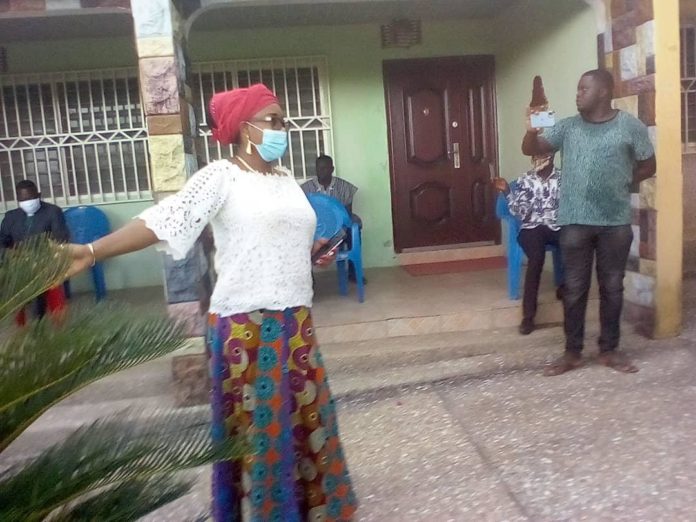 Mrs Cynthia Mamle Morrison, Member of Parliament for Agona West has denied allegations made against her about the distribution of unwholesome ice creams to children in the Constituency.

According to her, a news conference held by the National Democratic Congress (NDC) making accusations to that effect against her was unfounded, baseless and a calculated attempt to throw dust into the eyes of the right thinking people.

Mrs Morrison explained that the ice cream distributed on Sunday, May 24, had not expired as being speculated by the opposition NDC.

Mr Emanuel Korley, Agona West Constituency Secretary of NDC was said to have addressed the news conference on behalf of the Party and alleged that the MP distributed expired ice creams and asked her to render unqualified apology to the children and the parents who consumed the product.

According to Agona West NDC Secretary, the Party intercepted some expired products and sent it to the Food and Drugs Authority and Security Agencies to take action to avert health complications for consumers in future.

He also stated that the MP had not used accumulated Common fund since 2017 to 2020, which was affecting the people of the area.

The NDC Constituency Secretary said the 2018 auditors’ report made to Agona West Municipal Assembly and intercepted by the NDC indicated that the MP had not used her common fund.

The Gender Minister in a sharp rebuttal said chunk of the funds were used on various projects in the Constituency adding that it was unfortunate the NDC was bent on tarnishing her hard-won reputation with falsehood.

She stressed that the NDC was confused and desperate and had nothing good to offer Agona West, adding that smear campaign would not stop her to continue to render good services to the people in the constituency.

Mrs Morrison called on the people of Agona West to ignore NDC’s cheap propaganda through fabrication of stories against her.