Dr Bernice Adiku-Heloo, the Member of Parliament (MP) for Hohoe, has repaired the dysfunctional ambulance of the Hohoe Municipal Hospital making it operational again. 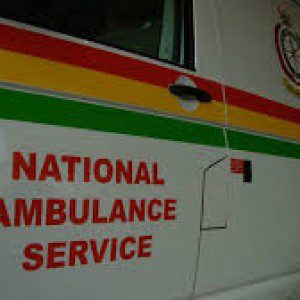 The ambulance, procured from a German not-for-profit entity in 2014, had its engine damaged.

Dr Adiku-Heloo, in a ceremony to handover the rehabilitated ambulance to management of the hospital, said she was saddened by the turn of events and urged management to evolve measures towards generating some income for its repairs in future.

She dispelled rumours that the ambulance was a ‘political gift’ to throw dust into the eyes of the constituents adding that it was well intentioned to provide means of transport for patients.

Dr Adiku Heloo called on residents of the municipality to adhere to rules and regulations governing the use of the ambulance to serve the purpose for which it was bought.

“I have brought the ambulance, but the servicing lies in the hands of the users. Just like any service in life, you have to pay something, and we are even narrowing it down to say that you pay for the fuel and some little additional cost. We are not charging commercial fares.

“Not only in relation to the ambulance but other services; that things that belong to the Government are not for us, therefore, it must be free. It is not done anywhere…,” she said.

Dr Pius Mensah, the Medical Superintendent of the Hohoe Municipal Hospital, said fuel for transporting patients was a challenge, adding that the hospital had, on a number of occasions, absorbed fuelling fee meant to be paid by patients from the hospital’s limited resources.

He said many patients who needed the services of the ambulance were unwilling to pay the required fee with the excuse that it was donated by the MP.

Dr Mensah proposed a broad stakeholders meeting to deliberate on the prudent management of the ambulance.
GNA/www.newsghana.com.gh