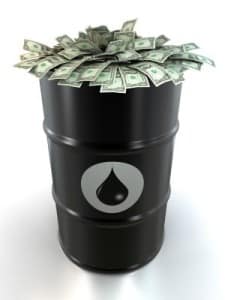 The Member of Parliament (MP) for Atwima Mponua, Isaac Asiamah, is questioning what he thinks is haste in selling-off oil blocks in the offshore basin when a bill expected to regulate such deals is yet to be approved by Parliament.

According to the Mr. Asiamah, the situation does not offer value for money and falls short of best practice.

“Between 2009 and 2016, about 20 of the oil blocks have been sold. Why are we selling all the blocks? We need to do the proper thing; get the law in place and ensure there is competition in the industry, so that we know companies competing have the right track-record and can be scrutinized.”

The legislature is being pushed to fast-track passage of the Exploration and Production bill (E and P bill) to ensure greater transparency in awarding oil contracts.

“Over the years the E and P bill has not been passed. It is still hanging in Parliament here. Strangely enough, when Petroleum agreements come here we rush through and approve them. Three PAs came here and we have passed them. We have to do due diligence, go through the document so that at the end of the day there will be value for money.”

His statement follows Parliament’s approval of three separate petroleum agreements between government and ENI, Vitol, Swiss African Oil and others for exploration in different offshore areas.

Petroleum Minister, Emmanuel Armah-Kofi Buah explained that the Petroleum Agreements under consideration have improved terms as compared to existing agreements.

A report of the Select Committee on Mines and Energy revealed the Petroleum agreement between GNPC, the Swiss African Oil Company and PET Volta Investments Limited in respect of onshore/offshore Keta Delta block.

Some of the highlights in the GNPC, Swiss African Oil Company and PET Volta Investments in respect of onshore/offshore Keta Delta Block indicates that on ratification of the Petroleum agreement, “the Contractor has agreed to pay the amount of one million dollars to GNOC as a training allowance for each year. A one-time payment of one million five hundred thousand dollars will further be paid to the corporation within thirty days of the petroleum agreement coming into effect,” the reported added.

Mr. Asiamah is also a member of the Mines and Energy Committee, and stated that oil blocks are not advertised before they are given out to companies.

“PNDC law 64 is old. It does not address modern concerns. We want GNPC to be a national oil operator; what are the strategies. Because it suits the President, oil blocks are given out to cronies. Make sure you advertise so we can get the best fiscal terms,” he said.

The Exploration and Production bill 2014 will seek to bring transparency, and the Petroleum Minister, Kofi Buah, explained that all key provisions in the E and P bill have been incorporated into the Petroleum agreements.