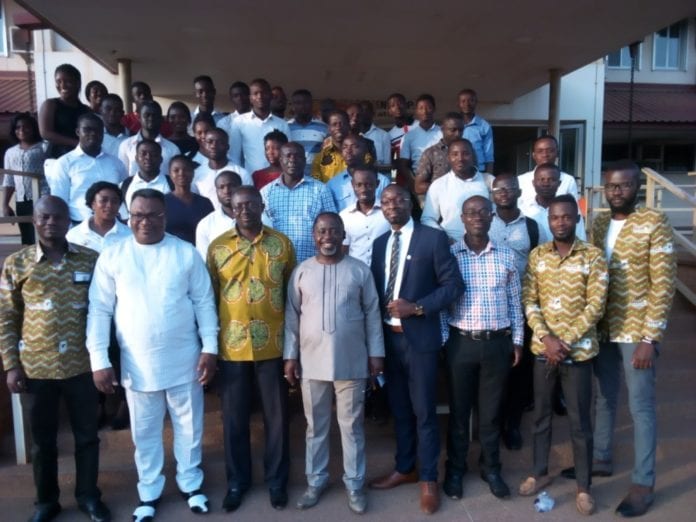 Mr. Kwasi Ameyaw-Cheremeh, the Member of Parliament (MP) for Sunyani East Constituency, on Monday embarked on a working tour to assess the relevance and effectiveness of beneficiaries of the Nation Builders Corps (NABCO) in public institutions in the Sunyani Municipality.

The NABCO programme is an initiative introduced by the government to address the issue of graduate unemployment to solve social problems in the country.

Interacting with the beneficiaries, Mr Ameyaw-Cheremeh urged them to work hard to improve on productivity and justify their relevance, as government worked around the clock to pay their delayed allowances and all their arrears by the close of the week.

He said as a new programme, there is the possibility for it to encounter certain challenges in the implementation process, but added that NABCO has the potential to spur the future growth and development of the country.

Dr Anyars said the causes of the delay in payment of allowances to some beneficiaries were as a result of certain anomalies on their forms which has been rectified.

He said some of the NABCO beneficiaries were already beneficiaries of the Youth Employment Agency (YEA) engaged under its Youth in Afforestation module and attached to the Forestry Commission.

Madam Theresah Kyere-Boakye, the Sunyani Municipal Director of Education, praised government for the programme, saying beneficiaries have helped to address deficits in the human resource base in many public institutions in the country and created jobs for the youth.