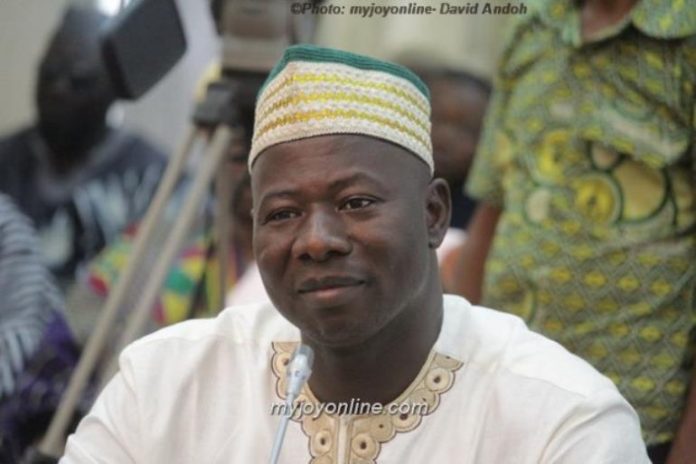 No, it is not a ridiculous proposal, if Mr. Albert Adongo, the National Democratic Congress’ Member of Parliament for the Bolga-Central Constituency, in the Upper-East Region, were to ask me (See “Bawumia Is Dreaming; China Will Not Part With 15 BN Without Guarantees – Adongo” MyJoyOnline.com / Modernghana.com 7/4/17). It is just that the NDC apparatchiks are too clinically daft to appreciate the fact that the Chinese are psychologically and emotionally mature adults who have done their homework meticulously and arrived at the informed conclusion that the New Patriotic Party leaders are more progressive, astute and sensible to do business with than their National Democratic Congress counterparts.

You see, what political novices and charlatans like Mr. Adongo find extremely hard to accept is the fact that the Mahama government woefully failed to secure the $ 3 billion loan facility earlier on promised by Beijing, because Messrs. Seth Terkper, the Mahama Finance Minister, and his STX-infamous boss pathetically, and predictably, failed to meet the requirements of the agreement, which was that the NDC apparatchiks had to present their prospective creditor with a viable proposal or working plan indicating precisely what they intended to use the $ 3 billion for. Everybody, including the Chinese, knew that the Bole-Bamboi petty chieftain wanted the loan facility to bankroll his reelection campaign, as he had done in the lead-up to the December 2012 general election.

Indeed, the first epic failure of President John Dramani Mahama was to have appointed a run-of-the-mill bean counter or accountant as his Finance and Economic Planning Minister. But this failure of judgment was not the first of its kind among the leadership of the National Democratic Congress. Under the Rawlings-led faux-revolutionary Provisional National Defense Council (PNDC) junta, for example, then-Chairman Jerry John Rawlings appointed Prof. Kwesi Botchway, a lecturer with the Faculty of Law at the University of Ghana, and an armchair socialist ideologue as his Finance and Economic Planning Minister. The appointee was known to have partially majored in undergraduate-level economics. The legacy of Prof. Botchway was to literally run Ghana’s economy aground and then flee the country when Chairman Rawlings turned against him. Today, this old charlatan is back in the country pretending to play the role of an elder statesman.

You cannot say the same thing about the Oxbridge-educated Vice-President Mahamudu Bawumia, who comes to the job of Head of President Akufo-Addo’s Economic Management Team after having creditably acquitted himself as Deputy-Governor of the country’s central treasury, the Bank of Ghana, and prior to the latter post, as a middle-level executive operative of the World Bank, in Washington, DC. For Prof. Botchway, it would be the other way around. The old SOB would first bungle Ghana’s economy and then flee abroad to acquire the very experience he had needed to become a competent Finance and Economic Planning Minister/Secretary, to begin with. This gaping difference in managerial and leadership caliber is what also-run NDC operatives like Mr. Adongo characteristically fail to appreciate, and which the Chinese authorities admirably and wisely recognize in Vice-President Bawumia.

Then also, there is absolutely no credible comparison between Akufo-Addo Finance Minister Mr. Ken Ofori-Atta, a pioneer in the modernization and development of Ghana’s money market, or the equivalent of the stock exchange, and professional and intellectual third-bananas like Messrs. Terkper and Fiifi Kwetey, another one of the NDC borderline retards, as far as the complexities of managing a national economy like Ghana’s is concerned. At any rate, what the Chinese apparently based their $ 15 billion investment Memorandum-of-Understanding on was the great quality of presentation made to them by both Vice-President Bawumia and Mr. Yaw Osafo-Maafo, the Senior Minister and former Finance and Economic Planning Minister under the tenure of President John Agyekum-Kufuor.

Needless to say, under the Kufuor Administration, Mr. Osafo-Maafo managed to quadruple the size of Ghana’s economy and to exponentially increase job opportunities for our able-bodied youths. It is also insufferably insulting for the cynical likes of Mr. Adongo to facilely presume to second-guess the Chinese authorities. It actually makes these NDC operatives seem stupid beyond imagination. If, indeed, there are foreign mining companies in the country exploiting at least 58-percent of our bauxite deposits and other mineral resources, as Mr. Adongo claims, for far less than the $ 19 billion promised by the Chinese government for a collaborative venture over only some 5-percent of the country’s bauxite deposits, it only goes to show Ghanaians how criminally reckless and scandalously irresponsibly the Mahama Posse have been mortgaging off our natural resources.

It also goes to show the global community how mentally retarded the likes of Messrs. Adongo and the NDC’s political godfather, Mr. Alban SK Bagbin, have been in handling the affairs and resources of our beloved country. If, indeed, Vice-President Bawumia has been dreaming on autopilot, as these two men would have the rest of us believe, then, of course, it would be all-too-apt to advise our astute and foresighted New Patriotic Party’s economic mavens to keep dreaming even more deeply their “Chinese Father-Christmas Dreams” for the good of our country. Indeed, to hear Vice-President Bawumia do a presentation on the boundless potentialities of our country, as I have, is simply marvelous and more than worth the $100 I once paid to hear him do a meticulous exposition of the real Ghana you never saw and felt under the political stranglehold of the National Democratic Congress’ robber-barons.