The Sabi Boy Entertainment don’s long-awaited 17-track debut album delivers a lit soundscape that happens to be easy on the ear thanks to an excellent assortment of genres, production, and exciting cross-country features. Stream or download Mr. Mageek’s “The Brother of Wisdom” across all digital platforms here: https://fanlink.to/mrmageek-thebow

Seventeen songs for a debut album might be a rare luxury per today’s standards; the level of motivation needed to pull that off is indeed god-tier. But Mr. Mageek somehow found this motivation, and in one of his darkest moments: “I lost my brother in April 2016, and progress on my first album was the last big conversation we had, so I had to honor him with it after he passed. He aspired to be an artist like me!“. 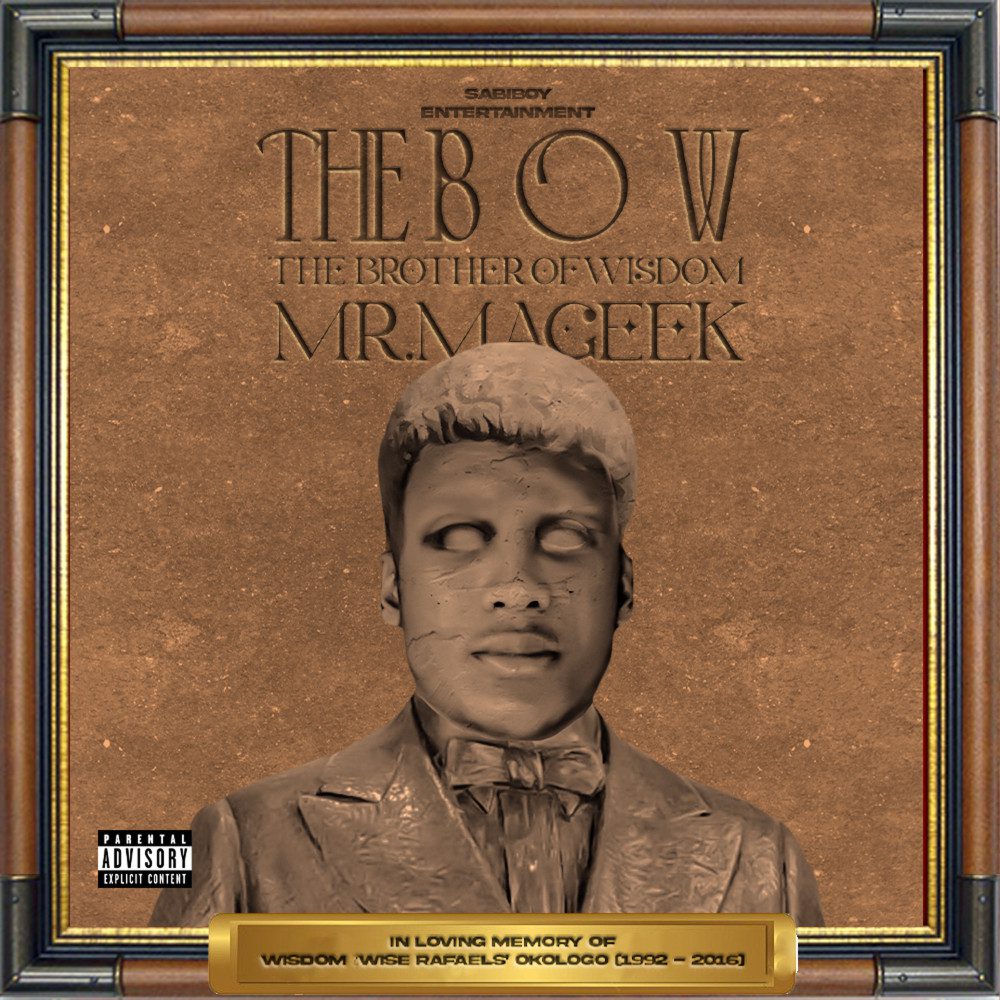 From this point, it’s easy to write off “The BOW” – The Brother of Wisdom – as an introspective, heartfelt goodbye from the Ghana-based Nigerian artist to his late brother. But it’s not. Rather, Mr. Mageek masks his pain to deliver a lit soundscape. And in all honesty, though the 17-track debut album may seem unwieldy at first glance, it happens to be easy on the ear thanks to an excellent assortment of genres, production, and exciting cross-country features.

Across its 17-tracks, Mr. Mageek – piece by piece – establishes himself as an artist with a good scope, collaborating with fellow country stars and Ghanaian artists alike to talk love; ‘Fallen’ (featuring Issi & Don Itchi), ‘Bubble It’ (featuring Nana Borro), ‘Confirm’ (featuring Rex), ‘Tell Me,’ ‘Ping Pong’ and ‘Odo’ (featuring Teemanay); or about his money, like on the aptly-named ‘Money’ and ‘Blessing’ with Graham D and Dremo respectively. The ‘Yenti’ crooner doesn’t skimp on the party vibes either, delivering ‘Dance,’ ‘Party With Us’ and ‘Shut Down’ – the latter two tapping 1Deezy and Magnito for each, before embracing Hip-Hop with feature-packed songs like the GH Remix of ‘Blessings’ which enlists Ghanaian stars: Opanka, Strongman and $pacely, next to a ‘Sabi Boy Remix’ that sees Flamez, Mansamilli and Blaqice fill in as potent guests.

Despite keeping stoic and leaning heavily into the love sphere, there’s no denying that Mr. Mageek is still trying to overcome – or at least has, and the prayerful interlude off the album’s intro ‘Everything Clear’ embodies his transition from pain to who he’s worked hard to become over the years: an entertainer. Not every tribute must be depressing, and with the mindset of an overcomer, Mr. Mageek extracts his pain into seventeen lovely songs that subtly honor the life of his now late brother eternally.