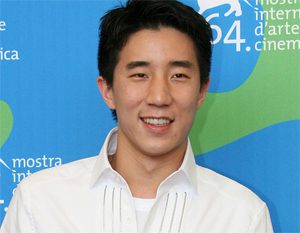 The son of Jackie Chan, the action movie star, has been arrested in Beijing for possession of marijuana.

Beijing police said they had found over three-and-a-half ounces of the drug at 32-year-old Jaycee Chan?s house in Beijing and that he had also tested positive for the drug.

The police also said the younger Mr. Chan, also an actor and a singer, had allowed others to take the drug at his house; he was arrested last Thursday alongside his friend Kai Ko, a 23-year-old Taiwanese movie star.

A third man, named only as Mr. Song, was arrested for dealing the drugs found at Mr Chan?s house.

A growing list of celebrities have been recently targeted for drugs by the Chinese police, including several Chinese, Hong Kong and Taiwanese actors.

The news of his son?s arrest will be particularly embarrassing for Jackie Chan, who signed up five years ago to be a ?Narcotics Control Ambassador? of the Chinese police.

Mr Chan has lucrative advertising contracts on the mainland and has repeatedly voiced his support for the Communist party.

Last week, Beijing police said they had detained the Chinese actor Gao Hu, 40, for possession of methamphetamine and cannabis. He was the ninth celebrity to be arrested for drugs in the last six months.

A long list of Chinese entertainment agencies signed an agreement on August 13 to blacklist any drug-using artists.

According to Shanghai Entertainment News, Jackie Chan had previously counselled his son not to spend time with Kai Ko. At one point, Mr Ko even publicly promised he would not lead the younger Chan astray.

Jaycee Chan was born in Los Angeles and studied in the United States before dropping out of university.

He has irritated his father with a string of flop films, with one of them, Double Trouble, reportedly only grossing ?5,400. He starred with his father in 1911, Jackie Chan?s 100th movie, and his worst-reviewed to date.

In April 2011, Jackie Chan said he would donate his entire fortune to charity and that his son would have to make his own way in life. ?If he is capable, he can make his own money. If he is not, then he will just be wasting my money,? he said.