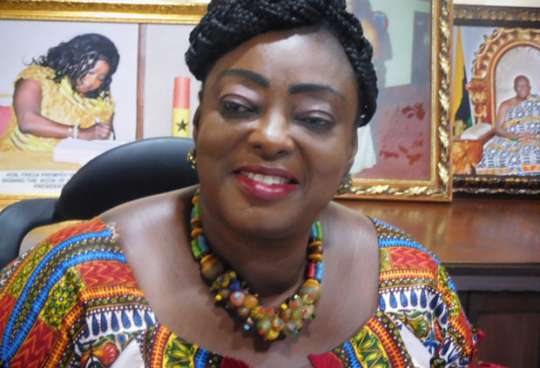 She has the aptitude for politics and as such served as Assembly Member for the Lakoo Electoral Area in the Accra Metropolitan Assembly for eight years where she chaired the Women and Children Sub-Committee and the Development Planning Sub-Committee.

Before she was elected the MP, she worked with the Ghana Prison Service for 10 years and also served on the National Reconciliation Commission as a Public Affairs Officer in 2006.

Mrs. Prempeh got the nod to represent her people in Parliament on the ticket of the New Patriotic Party in 2013 and has since been working as an MP.

Through hard work, she served on the Communication Committee in Parliament and she is currently serving on the Mines and Energy Committee and Government Assurances Committee.

She is a development-oriented person and has chalked several successes in her quest to develop her constituency.

Health, education, and infrastructural development remain her priorities and high on her agenda.

Currently, she is pursuing a Doctor of Philosophy (PhD) programme on the topic, “Exploring the Low Representation of Women in Politics” at the Ghana Telecommunication University.

The outspoken MP was awarded the Best Student in Population Communication on July 31, 1998, from the Ghana Institute of Journalism.

She has been a gender activist for years and founder of “The Ultimate Woman”, an advocacy non-governmental organisation that works to promote and champion the interest and cause of women in the country.

As a sports fanatic and staunch believer of women’s capabilities, she founded the Women Supporters Union of Ghana (WOSUGHA).

She was the chairperson of the just-ended Women’s Championship, African Cup of Nations, (AFCON) hosted in Ghana and she is an accredited member of the Institute of Public Relations (IPR, Ghana), and an affiliate member of the Ghana Journalists Association (GJA).

Mrs. Prempeh has attended many workshops, and conferences, and received many awards in recognition of her exceptional leadership qualities, dedication, and selfless service as well as promoting gender issues.

Despite her busy schedules, Mrs. Prempeh has very interesting hobbies which she usually engages in as a way of relaxation. Paramount among them are cooking, dancing, and watching movies and sports.

My African Love with Efia Odo premiering under-way in Accra

Government urged to prioritise environmental health in all activities