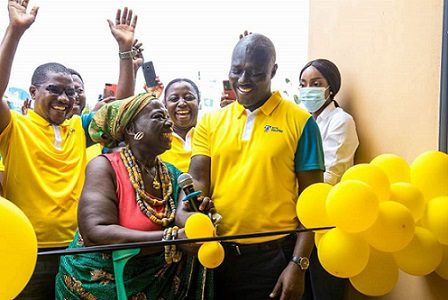 Telecommunications giant, MTN Ghana has put an everlasting smile on the face of Madam Rita Tetteh, the woman who played the lead character in MTN’s First Mobile Money  TV and Radio Commercial by presenting a well-furnished 2-bedroom house worth over ¢300,000  to her.

Madam Rita’s role and delivery as well the entire cast in MoMo’s first ever commercial played a significant role in appealing to the Ghanaian populace.  The actress is the woman and voice behind the commercial “Me Nsa Aka ooooo.”

The Chief Executive Officer (CEO) of Mobile Money Ltd Mr. Eli Hini speaking at the handing-over ceremony which was held in a grand style in Accra, explained that positive outcomes have been attained as a result of Madam Rita’s efforts and those of several other people who at the time trusted in the opportunities MoMo offered.

“Over a decade ago, we began the journey to create a convenient way of undertaking financial transactions with an electronic Money transfer system accessible via the mobile phone. 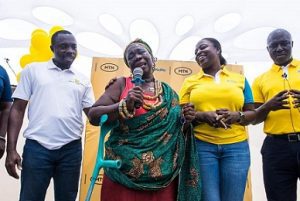 We had a huge task of breaking down this service into very simple communication that will resonate with the masses and drive wide acceptance.

A script was developed by our advertising agency and a character was selected to live the script and that was wonderfully done by Madam Rita Nhyiraba Tetteh.

The impact and success stories have been told – offering mobile financial services to the banked and unbanked, and creating job opportunities for millions of Ghanaians.

Across Africa, Ghana has emerged as one of the shining examples of using mobile money innovation to drive a cash-lite society while enhancing financial inclusion across all levels of the economy.

In view of the success chalked over the years, Mobile Money decided to honor all stakeholders who played very critical roles in the MoMo journey during our 10th Anniversary celebrations. 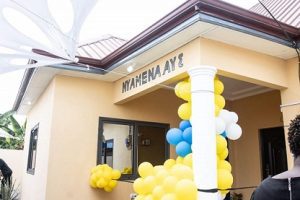 However, we chose to handle Madam Rita’s contribution differently by engaging her to find out what will be most precious to her, and she told us she needed a permanent place of abode,” he explained.

Madam Rita Tetteh expressed her gratitude to MTN Ghana for the gesture and their steadfast support over the years with tears of joy and elation.

“You have made me overwhelmed with joy with what you have done for me. I first and foremost give thanks to God. I also thank Mr. Eli Hini, Majeed, and everybody at MTN. God bless you all because you have always supported me from day one,” she stated. 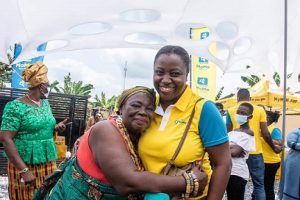 GhanaPay to boost mobile money penetration to 85% by 2023

MTN Ghana to inject USD1bn into network improvement by 2025

Mobile Money FRAUD: the new trick and how to stop it