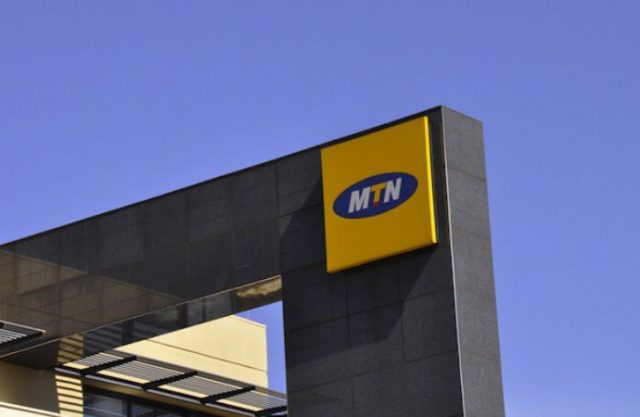 Abdul-Fatawu Alhassan, a native of Yendi, in the Northern Region of Ghana is one of the numerous scholarship beneficiaries of MTN, the telecommunications giant.

His association with the telecoms giant began in 2004, when he gained admission to read political science in the University of Ghana, Legon.

“I still had my admission letter but was struggling to find ways to pay my fees. One morning, an elder brother of mine asked me to buy a newspaper for him. Flipping through the pages of the paper, I saw an announcement that MTN was offering scholarships to students. So quickly, I made some enquiries about it and applied afterwards.” he disclosed to Xinhua.

After a rigorous interview process, I was shortlisted to benefit from the MTN scholarship scheme. I got enrolled to the University of Ghana, my hostel and school fees were paid by MTN from the first year to the final year.

Alhassan who is now pursuing a professional law qualification from the Ghana School of Law was offered the opportunity to do his mandatory National Service at MTN after his first degree in 2009 and then had a one year working contract. In 2013, the telecoms giant offered him a permanent job at the Government and Regulatory Affairs department of the Corporate Services Division.

“The biggest challenge in Ghana today is how to find a job after schooling. My relationship with MTN didn’t just end when I completed university in 2009, but continued through my national service and till now, this is where my daily bread is derived from.”

“My bread is buttered from here, and my family depends on everything I do here, so I will go every length to give off my best to MTN. The life of my nuclear and extended family has been impacted positively as a result of this opportunity offered me by MTN,” the young executive added.

As part of MTN’s 20th anniversary celebrations last year, MTN earmarked on an educational support package for 300 needy but brilliant Ghanaian students in tertiary institutions over the next three years.

Ms. Loretta Angela Asankomah, who is also a scholarship beneficiary of MTN and currently pursuing her National Service with MTN said, such initiative by the corporate entity is a necessity; in that, many are the families in need of support to see their children and relatives through school.

Ms. Asankomah’s mother (Mrs. Elsie Asankomah), is a public-school teacher by profession; and in Ghana’s public sector, teachers are among the least wage earners.

In spite of the challenge of low wages, coupled with the fact that her husband’s job was going through challenges at that time, Mrs. Asankomah was determined to have her children and children of some relatives attend school, and this made things quite difficult for the family.

“Back in Primary four (Class four in Ghana’s basic school) my mother made me fill a form at home, and later, I attended an interview where I had to answer some questions on the challenges my parents were going through and why I needed to be sponsored. After some time, my mother told me I had been successful and been awarded a scholarship by MTN,” Ms. Asankomah narrated.

The young communications graduate from the Ghana Institute of Journalism (GIJ) was therefore on an MTN scholarship from Primary five till she completed her first degree.

Ms. Asankomah and Mr. Alhassan, are just two of the over 1000 beneficiaries of the MTN scholarship scheme, who expressed their joy for the benevolence shown to them, by MTN. They were excited that other children from needy homes will also have the opportunity to enjoy the benefits they had.

For the Mobile telecommunication company, investments into social programs in countries they operate in are vital to their business, as they seek to impact people not only by their core services, but also, through their social and economic interventions; a senior Manager said.

“Since 2007, MTN Foundation has spent over 13 million US Dollars on various social intervention programs across the country.” Mrs. Georgina Asare Fiagbenu, Senior Manager of the MTN Foundation said in an interaction with Journalists for Business Advocacy (JBA) a media association, on Wednesday.

“Over the past 10 years, we have affected lives and communities; we have refurbished hospitals, and improved access to health and education;” she recounted. She explained that most of the facilities they renovated or put up are now being used by thousands of people and as such, all those lives had been impacted directly or indirectly.

The Senior Manager added: “As an African company, we must reinvest into our communities. These people give us their support and patronize our services, and once we are able to make profit, we believe it is essential they partake in the profit made.”
Mrs. Asare Fiagbenu explained that the scholarship is focused on providing quality education to brilliant but needy students in the tertiary level since government was already providing free Senior High School.

According to her, the scholarships form part of the new social projects the company would be launching in the coming year.

Some other initiatives pursued by the telecoms company include support for Micro enterprises, Information and Communication Technology (ICT) incubation, financing Telecoms infrastructure for Kwame Nkrumah University of Science and Technology (KNUST), as well as supporting Women Empowerment programs for women in both Shea butter and Oil palm production.

The evolution of MTN’s connectivity platform