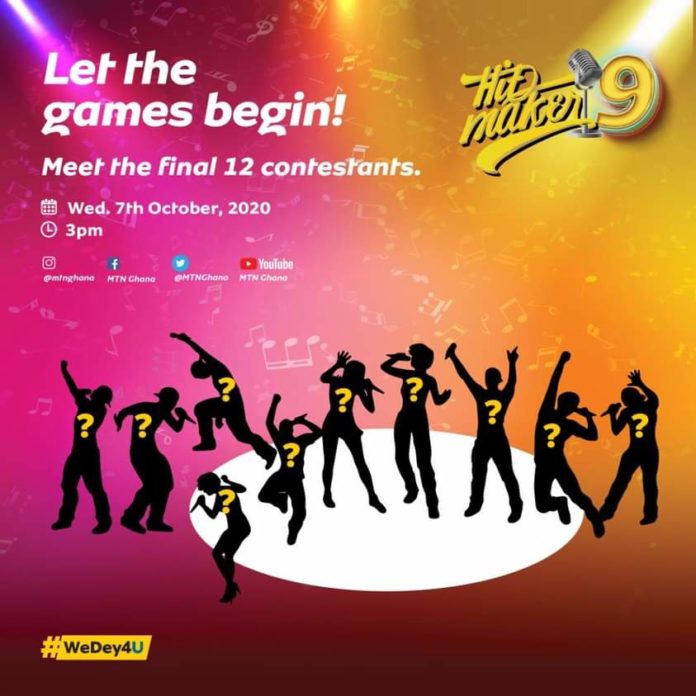 After weeks of thrilling and exciting performances in season nine of MTN Hitmaker reality show, Nessa Cute, a 20-year old budding songstress becomes the fifth contestant to be evicted.

Nessa Cute together with Mimi and Byran were the contestants at the bottom three for this week.

Upon deliberations from the judges, two out of the three were saved and Nessa got evicted. Mimi and Bryan were given a second chance to prove themselves in the competition.

The remaining seven contestants kicked off with their performances which impressed the judges Richie and Eazzy. Kwame Eugene, the reigning artiste of the year, who was also a guest judge expressed his satisfaction with the performance of the contestants.

Meanwhile Adepa, the masked singer emerged winner for MTN pulse moment of the week after being nominated together with Josh Blakk and Achiaa. The three were saved from eviction due to their nominations.

This year’s competition which is under the theme “Unlock your flow” have seen interesting and diverse acts by contestants. The remaining contestants are battling for the grand prize of winning GH₵120,000 ultimate cash prize and recording deal in addition to other prizes.