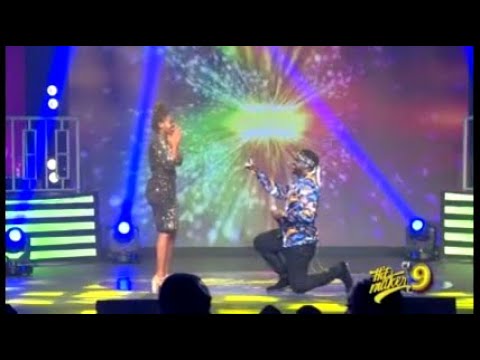 As the MTN Hitmaker Season 9 gets hotter and excited, the competition which was at the eviction stage last week witnessed two evictions.

The evictees are Kwacy Boat the only rapper in this season’s reality show and Ronnie Bryan Johnson also known as “RBJ”. The painful and unexpected evictions were a result of the poor performance of the two.

This year’s competition dubbed “Unlock your flow” would now see the remaining eight contestants wrestle for the GHS120,000 recording pact.

The Judges Kaywa, Eazy, and Rex Omar gave their respective verdicts on the great performances during last week’s show for the remaining eight contestants in their fourth live performances.

However, Gabby Nova, Bryan, Kobby Tuesday, and Adepa did great in their individual performances have received commendations from the Judges.

The Judges admonished Achiaa, Nessa Cute, and Mimi to up their game in their performance as the competition progresses.

One exciting moment during last week’s big show was after an emotional performance by Josh Blakk, he took the opportunity to propose to his long-time girlfriend in a romantic fashion.

For you to keep your favourite contestants in the competition, you have to vote via MTN Pulse App or texting their names to short code 1470 across all networks.