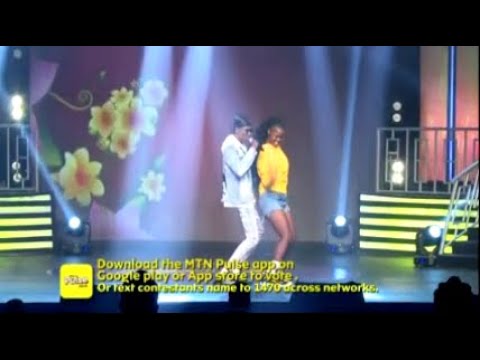 The MTN Hitmaker reality show, season nine is extremely getting excited and tougher this time, as five contestants have been evicted from the top 12 officially unveiled for the competition.

Over the weekend, the road ended for Nessa Cute, as she was evicted from the competition.

Nessa Cute together with Mimi and Byran were the contestants at the bottom three for this week.

Upon deliberations from the judges, two out of the three were saved and Nessa got evicted. Mimi and Bryan were given a second chance to prove themselves in the competition.

Surprisingly, the masked singer emerged winner for MTN pulse moment of the week after being nominated together with Josh Blakk and Achiaa.

The three were saved from eviction due to their nominations. The judges were joined by Kwame Eugene, the finest artiste of the year.

Kwame Eugene hailed the contestants for their electrifying performances, as he encouraged them to work assiduously to enable them to grab the GH₵120,000 ultimate cash prize and recording deal in addition to other prizes.