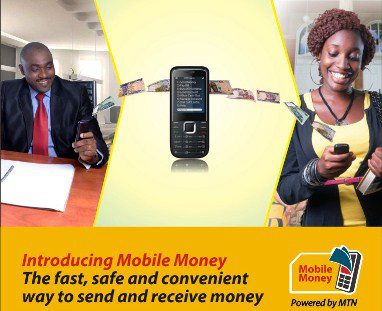 Speaking at the company’s annual media forum to interact with editors and stakeholders, Mr. Asante said discussions were already underway with partner banks to set the modalities on how much interest to be paid and the criteria for qualification to earn an interest. There are currently about six million MTN mobile money users, necessitating the creation of a subsidiary to handle the increasing demand on the service.

He said the mobile money business was being regulated by the Central Bank to ensure that it operated within the framework to safeguard customers’ interest.

Mr Asante said MTN had acquired ISO 27001 certification for its mobile money transaction platform, the only company to achieve that feat in Ghana, to give confidence to the service subscribers.

The mobile money service in 2015 contributed six per cent of the company’s total revenue of GHC 2.23 billion.

He said the company was very optimistic of increasing the number of MTN mobile money merchants from the current 35,000 to cover more potential customers.

On the company’s investment plan for this year, Mr. Asante said MTN had earmarked $USD 96 for investment to enhance its network, improved information technology and the deployment of the 4G LTE in the Ghanaian economy.

Giving a breakdown of the investment figure, he said USD $62 million had been allocated for infrastructure development, USD $16 for Information Technology and USD $18 million for the rollout of the newly acquired LTE.

On MTN financial performance for 2015, Mr Asante said the results were by far very good with all segments of the business contributing to the growth.

He said the company was able to diversify its revenue stream from voice and data with enterprise and mobile money making substantial contribution to revenue growth.

He said the company expected robust growth in 2016 but warned that the growth was likely to taper off going into 2017.

Mr Asante said consolidation would be a key driver of the telecommunication industry in the future, adding, a market of about 30 million was too small for six major players.

“We see a lot of partnership in the future,” he said, adding the LTE would not be different.

He said MTN would also focus on improving communication in the rural areas in the next few years in partnership with the Ghana Investment Fund for Electronic Communications.

On the 4G network, Mr Asante said MTN was committed to full deployment by the middle of the year.