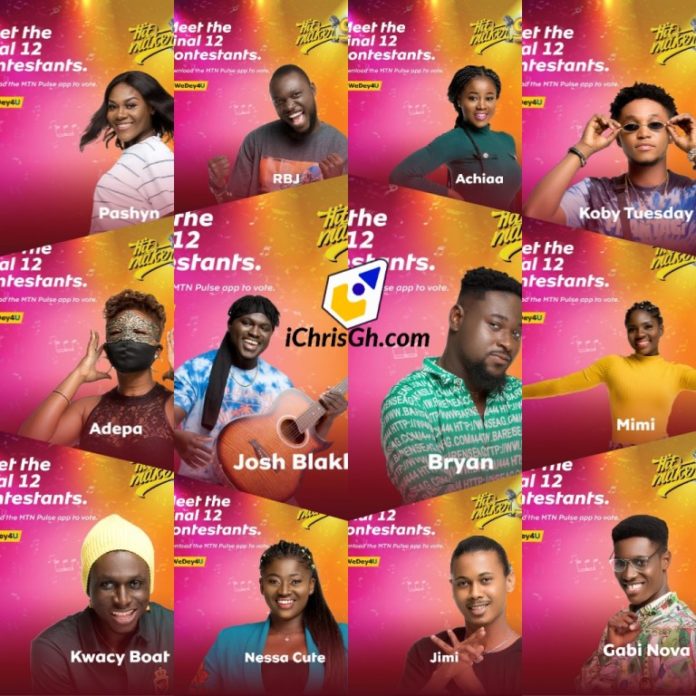 MTN Hitmaker Season 9 which started in a grand style with an electrifying performance from the top 12 finalists has proven that MTN Ghana is ready to produce another set of music stars in the country.

At the first live show, one can state unequivocally that all the contestants really mean business this year and ever ready to grab this golden-opportunity; despite a few hinges with their performance. However, the fans at the event were not disappointed with their splendid performance.

The Judges for this year’s music reality show dubbed ‘Unlock Your Flow’ include: a female songstress Eazy, the award-winning producers Kaywa and Richie Mensah. While commending them for a good start also pinpoint areas for them to amend going forward.

One of the contestants, the masked gospel artiste, Adepa and Gabi Nova who is not a new entrance to the show gave a splendid performance to the great admiration of the audience.

Commenting on the performance by Adepa, Richie Mensah stated “you didn’t come here to joke. Your vocal delivery and stage coordination was on point and your performance was 100%.”

The female songstress Eazy one of the Judges also commended Gabi Nova who is not new to the Hitmaker show, had a colourful outing for the opening show.

Eazy further stated that “I’m so proud of you, despite missing out on last year’s top five. Your performance was amazing and your voice quality was good.”

Kaywa was awesome with his remarkable performance, which in a way hyped him to be like Ghana’s rapper Sarkodie.
Kwacy Boat delivered one of the impressive performers on the first day with his exceptional rap skills, making a strong start on the show.

However, the likes of RBJ, Achiaa, Pashyn, Nessa Cute, Kobby Tuesday, Jimi, Mimi, Josh Blakk did deliver some good performances, but would certainly have to improve on their performance with eviction to begin soon.

Music-loving fans can vote for their favourite contestants by downloading the MTN Pulse App with the GH¢120,000 ultimate cash prize up for grabs.