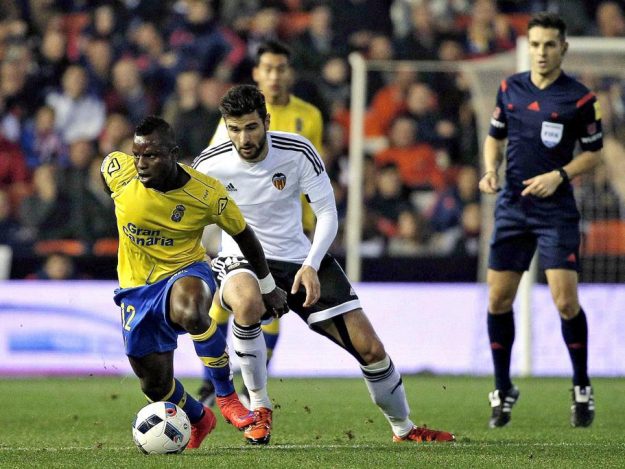 Ghana international Mubarak Wakaso was at his inspiring best to help his side plays out a 1-1 draw game against Valencia at the Mestalla.

France international Wilfried Aimeric Zahibo under pressure put through his own goal to give Las Palmas who were the visitors an advantage in the game on Thursday evening.

Paco Alcacer often the hero responded on the 66th minute to save his sides blushes ahead of the second leg in Las Palmas.

Wakaso who has been restored to his favorites left wing role at club level picked up a booking on the 77th minute but was full of energy and passion in the game.

“Great performance from the entire team and a good results looking forward to the next game with a lot of confidence,” Wakaso told Ghana’s leading football news website GHANAsoccernet.com

“There is still a lot of work to be done but clearly there is fire in every game we play now.”