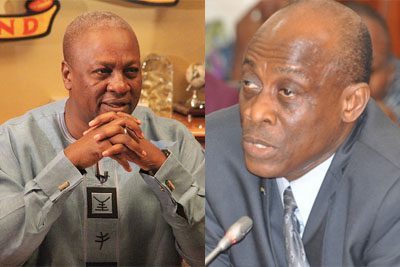 The International Monetary Fund (IMF) has confirmed receiving a formal request from Ghana for a possible bailout for the country from economic crisis. Government last week announced the decision to seek assistance from the Fund to rescue the country from further plummeting after the local currency plunged to about 40 per cent this year against the US dollar, making the cedi the worst performing currency in the world in 2014.

The most immediate concern according to Finance Minister, Seth Terkper was ?to stabilise the cedi and reduce the [fiscal] deficit?.

Mr. Terkper earlier this week disclosed to Joy Business that government would by close of the week send the country?s formal letter to the IMF over its plan to seek relief from the Fund.

It is unclear if government will opt for technical expertise or financial aid from the Washington based lender.

But a statement from the IMF and signed by its Deputy Managing Director, Min Zhu however, indicates the preparedness of the Fund to help Ghana address the current challenges facing her economy.

?Today, IMF Management received a formal request from the Ghanaian authorities to initiate discussions on an economic program that could be supported by the IMF”.

According to the statement, an IMF team is expected to be in Ghana in early September to initiate discussions on the program.

“The Fund stands ready to help Ghana address the current economic challenges it is facing.?We expect to send an IMF team to Ghana in early September to initiate discussions on a program.?

Ghana?s last program with the Fund ended in June 2012, which made it possible for the country to secure some 602 million dollars from the institution.